Keep reading to learn about the best skills you can unlock for Kratos in God of War: Ragnarok.

Santa Monica Studio’s God of War has received a complete revamp since its 2018 God of War 4. A lot of those newly introduced features and gameplay mechanics have been carried forward to Ragnarok. And this includes Kratos’s well-refined skill-tree system.

Players can choose between the Blades of Chaos and the Leviathan Axe at the beginning of the game. In addition to that, you can also wield the Draupnir Spear. And each of these weapons has its own set of unique skills, divided into categories such as Technique, Ranged, and Melee.

While each of these skills allows Kratos to perform a new move with his weapons, not all of them are equally beneficial in battle. Since unlocking each of these skills uses your XP, it is wise to prioritize skills that will give you the maximum edge against mythical beasts and gods alike. Below are our top picks for the 10 best skills you can unlock in God of War: Ragnarok.

Below are all the best weapon skills you can unlock for Kratos in God of War: Ragnarok.

Overall, this is one of the best skills you can unlock for your Leviathan Axe in God of War: Ragnarok, as it is not only cost-effective but also useful from early game to post-game.

Glacial Rake is an Axe skill in God of War: Ragnarok that you can unlock for just 750 XP. In contrast to the much more powerful Frost Ascension, which can be unlocked in the late game, the Glacial Rake will provide you with similar benefits.

The Glacial Rake Melee skill allows Kratos to drag his axe on the ground to create a trail of ice that can stop enemies in their tracks. Moreover, you can deal repeated Frost damage to enemies by holding the R1 button of your controller. This will prove to be one of the best and most useful skills you can unlock for your Leviathan Axe if you can manage to save 750 XP until you return home after tracking the bear.

Spear Drill is a part of the newly introduced Draupnir Spear’s skill tree. The Draupnir Spear, which is unique to God of War: Ragnarok, allows Kratos to throw an infinite number of spears at his enemies.

This is a Ranged skill that boosts the damage dealt from your spear toss by adding a drill mechanic that strikes foes repeatedly. This charged shot is strong enough to kill enemies from a reliable distance, negating the need to engage in close-range melee combat. For 3000 XP, you should definitely invest in this powerful skill.

Serpent’s Snare is one of the best early-game skills you can unlock for your Leviathan Axe, which can land a heavy attack on enemies and deal devastating damage. Moreover, the most amazing addition to this skill is perhaps the fact that when you launch the Serpent’s Snare attack at weaker enemies, they detonate and deal AOE Frost damage to surrounding enemies while blowing them away. You can unlock this Melee Skill for your Leviathan Axe for just 1000 XP. So, it is most definitely worth the investment.

The Hyperion Grapple is a useful skill for the Blades of Chaos that can be unlocked for just 750 XP. You can use this skill to strike an enemy lying on the ground and yank them towards you to launch follow-up attacks. This skill is especially useful for chaining combos.

Moreover, if you use the Hyperion Grapple on an airborne enemy, they will be slammed on the ground instead. Furthermore, if you hold R1 while aiming, Kratos can yank himself to the enemies instead of the other way around, stunning enemies in the process. The best part of this skill is that it provides you with ample flexibility, so you can easily close the distance between you and the enemy.

Vengeful Sickle is one of the best Ranged skills you can unlock from the Axe skill tree for just 500 XP. By holding the R1 button on your controller, you can charge up your Leviathan Axe to spin it around with deadly force, slicing every enemy caught within its range.

This skill is great for hitting multiple enemies at once from a reliable distance, proving effective for crowd control. Moreover, it is also a great skill to have for landing the first strike at a powerful enemy from a safer distance. By further upgrading the Vengeful Sickle skill, you can increase the number of rotations and range of your Axe attack.

The Chaotic Rampage skill is one of the best skills you can unlock for the Blades of Chaos in God of War: Ragnarok. For just 750 XP, you can unlock this powerful Melee skill that can unleash a flurry of attacks on a single enemy.

This skill is amazing in close-range combat against large enemies and bosses alike. Moreover, it is also extremely easy to chain combos with this skill by just holding the R1 button. Furthermore, the more you upgrade this skill, the more hits you can land on enemies. So this skill definitely belongs in your arsenal.

Furious Immolation is the ultimate version of the Immolation skill in God of War: Ragnarok’s Blade of Chaos skill tree. This Technique skill allows you to perform powerful melee attacks with your Chaos blades by enhancing their strength. Moreover, if you are successful in filling your Immolation gauge without incurring damage, then you can use it to ignite your blades and deal Burn damage on enemies.

Moreover, igniting your blades causes a small explosion that can cause AoE Burn damage on surrounding enemies. Since your blades stay ignited for a while, it further intensifies the Burn damage dealt to enemies while building up additional Rage. After spending 500 XP on unlocking the Immolation skill, it is definitely worth upgrading to its ultimate level.

What makes the Draupnir Spear so amazing is its ability to detonate after being thrown. With each spear hitting the enemy, a delayed detonation can stagger and take down a bunch of enemies together at once.

Having said that, the power of the Draupnir Spear is further enhanced through the Draupnir’s Call skill which weakens the enemy and reduces their resistance to being staggered. By upgrading the skill all the way to Level 3, you can enhance the skill’s effects and deal the maximum amount of damage with your Draupnir Spear.

Glacial Permafrost is the ultimate ability of the Permafrost skill in God of War: Ragnarok’s Axe skill tree. This skill is designed to enhance the power of all your Leviathan Axe Melee attacks while leaving a wave of frost from where it hits the ground, supercharging your weapon with each successive hit.

Once your Permafrost bar is full, you can press L1 and the triangle button together to activate the Glacial Permafrost skill. Since all your light and heavy attacks leave a strong trail of Frost, you can not only deal with the enemies in front of you easily but also inflict Frost damage on enemies standing caught within the trail. You can unlock this Technique skill for 1500 XP.

Interested in learning more about God of War: Ragnarok? Then check out our other guides How to Unlock Jotunheim, How to Get the Mists of Helheim, How To Counter Yellow, Red, and Blue Ring Attacks, How to Find Ydalir Timber, How To Get Helios Flare, How To Get Dragon Scaled Armor, How to Farm Hacksilver, How to Farm XP, How to Get Forged Iron, and many more from God of War: Ragnarok. 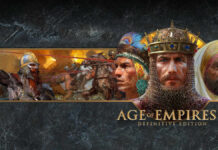 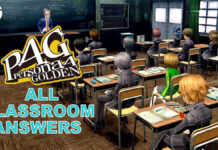 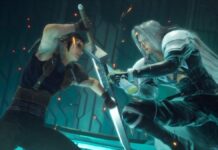 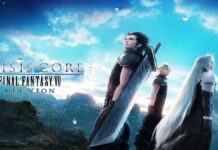 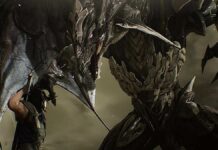