Respawn has finally revealed all the details surrounding their upcoming Season 14 of Apex Legends.

Season 13 of Apex Legends is in progress. Newcastle, a new Battle Pass, map improvements, a new ranked season, and more were introduced in this new Season. Only a few days left until season 14 takes place.

Saviors have been a massive success as they broke another record for most active and concurrent players in Apex Legends. However, Season 13 was also controversial as many bugs, glitches, and server issues were present.

Nonetheless, players are hoping for more content in the following Season. And, Respawn has already given us hints on what to expect in Season 14. A new legend called Vantage will make her debut in the following Season along with a restructured Skull Town in King’s Canyon and an increased Level cap. Also, more will be announced later on.

Understandably, players are really excited and afraid of all the launch day server issues that have become synonymous with new Apex updates at this point. Hopefully, Respawn took enough precautions for a smooth launch to the new Season.

Just a friendly reminder that players who haven’t finished their battle pass up to level 110 yet, it is time. The current Season 13 features two legendary reactive Spitfire skins exclusive to this Season only. And it won’t be available in the future. So, it is now or never.

Apex Legends Pros Are Disappointed With The Season 14 Ranked Change,... 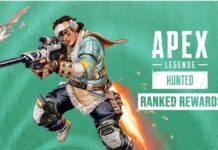