After releasing a lackluster cinematic for season 2023, Riot Games have apologized on Twitter.

Including the preseason, the start of the season is always one of the most exciting times for League of Legends. We always receive new announcements, content, system changes, skin announcements, champion teasers, and even showcases. Alongside all of them, we also get cinematic to hype up the players and also kick-start the season.

As for cosmetics, Riot has revealed the least amount of skins for this season. They showcased Faerie Court Karma and Faerie Queen Kalista. And for the new skin line, Riot has unveiled that the cat vs. dog skin line would be returning to League in season 13.

But when it comes to the cinematic, for this year, Riot has released The Brink of Infinity. And it was hands down the most disappointing cinematic released by Riot. It was so bad Riot had to apologize for the disaster on Twitter.

Ever since season 2018, with the release of The Climb cinematic, Riot has been releasing a cinematic for every season to hype up the year. In 2019, they released Awaken cinematic, then in 2020, they released the Warriors, and in 2021, they released Ruination. And finally, in 2022, they released The Call cinematic. Each of these videos was amazing and gorgeous in its own right. They showcased epic fights between champions and progressed the stories even further.

But in 2023, Riot released the cinematic for season 13, The Brink of Infinity. While players were excited to see what Riot was making, they quickly were disappointed as the cinematic was disappointing and barebones. Furthermore, this cinematic was nothing more than a tech demo or showcase of Summoner’s Rift on Unreal Engine 5. Additionally, the poem Riot included in the video was the pre-existing voice lines of different champions in League of Legends.

The fans were so disappointed that the video currently has over 1.3 million views but over 173k dislikes and only 27k likes.

Riot’s Apology For The Cinematic

Less than a day after the release of the cinematic, Riot Games posted a thread on Twitter. And this thread was an apology for the disaster known as Season 2023 Cinematic.

At the start of the thread, they mentioned that they have been making season cinematics since 2018. And similarly to us, they also love these cinematic videos.

But afterward, they stated that due to “unprecedented circumstances.” they made this year’s season cinematic different than previous years. Although they believed that the season 2023 cinematic held the same spirit as the previous. They affirmed that they were wrong in this case and should have communicated more with the fans.

Riot also added that they still believe that League has a bright future ahead and are investing in that. And lastly, they stated that we would see what that investment looks like in the coming couple of days.

It’s not like Riot doesn’t know how to make a good cinematic or forgot how to make one recently. In fact, they released one of the best cinematic in their portfolio with the release of VALORANT‘s Episode 6 cinematic, REVELATION. It was on par or even better than League’s previous cinematic, The Call.

Currently, all we can do is wait, and we don’t have to wait for long. Since the Lunar Revel 2023 is on the horizon so Riot can redeem themselves with the event. 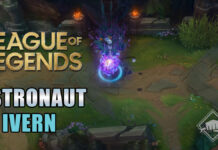 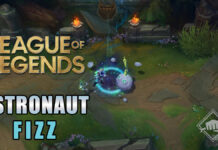 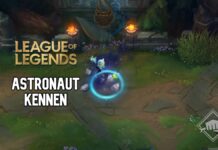 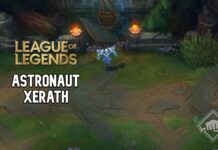 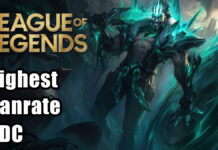 Draven Has The Highest Banrate In Master+ Elo For Twelve Patch... 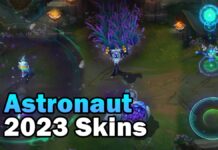