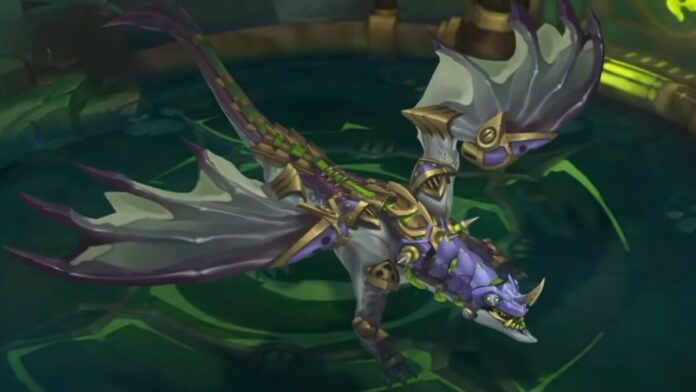 The Chemtech Drake, Soul, and Terrain has been disabled in League of Legends patch 12.2 and will remain disabled until further notice.

The 2022 preseason might rather be a small one, but like most preseasons, it also introduced “broken” things in League of Legends — this time, it’s Chemtech Dragon.

Chemtech Dragon not only provides the most “overpowered” soul in the game but also a gas zone that’s been a part of the controversy since its release. Many players, even the pros, have been calling out Riot over this and believe Chemtech Dragon is a “mistake” in League of Legends.

Even Riot said earlier this month that they had observed high levels of “frustration” among players around the Chemtech Soul. And they admitted that Chemtech Soul is indeed overpowered right now.

Chemtech Drake, however, did already receive multiple nerfs and hotfixes over the last few patches including the current patch 12.2. But it seems they were not enough.

On the latest dev post, Riot Games has officially announced that they are disabling the Chemtech Drake, Soul, and Terrain until further notice, effective from today, patch 12.2.

“Over the past few months, we’ve heard your feedback across social media and surveys that, even with this goal in mind, the Chemtech addition has just been too frustrating to play with—especially if you’re on the losing team,” Riot Games said.

Riot also mentioned that, while the Chemtech Drake remains disabled, they will try to solve the issues with the current versions. And for the upcoming Chemtech Dragon rework, their primary focus will be on the terrain.

When the Chemtech Drake is coming back in League of Legends is still unknown. And according to Riot, implementing the new changes or rework could take “a while.”