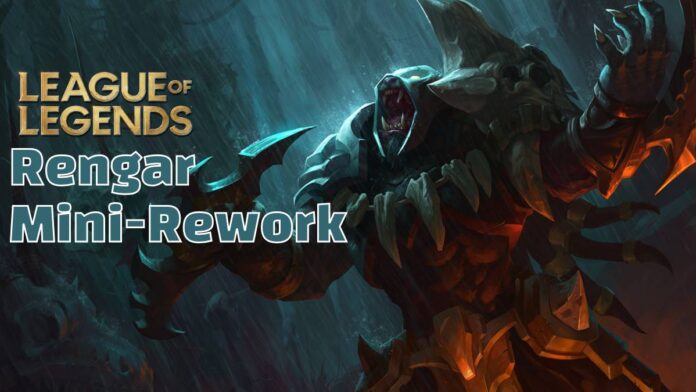 Riot Games officially confirms that Rengar is getting a mini-rework on League of Legends patch 12.6.

Rengar has already undergone multiple changes in League of Legends. He received his major update back in season 6, where Riot gave his Q – Savagery and his entire kit a complete overhaul. However, it received mixed reactions from the League of Legends community.

Because of his one-shot potential, he became one of the most hated champions. And after many backslashes, Riot decided to revert his Q in patch 8.4.

But after that revert, his presence in both soloq and pro games dropped drastically. Moreover, besides that buff on patch 10.25, he is yet to receive any significant buff/nerf in Season 12. Riot, however, did announce a Rengar mini-rework in Season 11, but it never went through.

But now, League of Legends’ Designer on the Summoner’s Rift team, Riot Phlox, has finally confirmed that Rengar mini-rework will officially go live on patch 12.6.

“This was a pretty difficult project since, in my opinion, Rengar has some pretty awkward mechanics right now especially with W and Passive,” Riot Phlox said.

Rengar mini-rework is currently on the PBE for testing, and full changes are scheduled to go live on League of Legends patch 12.6, March 30, 2022.