Arcane, Riot Games’ highly anticipated animated series has been a massive hit for not only the League of Legends players but also for the casual series watchers. The show is directed in such a way so that fans who have zero ideas about League of Legends characters can figure out what’s going on.

To build up the story, Riot introduced multiple new characters who are not a part of the League of Legends roster. And from them, one character in particular – Silco who is the main antagonist has received a lot of attention from the community. Many even wondered whether they will see him as a playable character in any of Riot’s titles.

Now, in the latest dev post, Riot Games has officially confirmed that for the first time in TFT history they are adding a TFT exclusive unit, Silco. He will be part of the Gizmos & Gadgets mid-set update, Set 6.5, which is scheduled for February 2022.

Because we’ve started building Silco early, we’re also sharing early—just keep in mind that this is a work in progress.
Let us know what you think our newest villain will be doing on the Convergence, and who else from outside League of Legends should be joining TFT! 👀 pic.twitter.com/5pDYW4WOyn

“As our first unit independent of League of Legends’ champion roster, Silco poses unique challenges and opportunities for the team,” Riot Games said. “Typically, we’re able to adapt League of Legends champions to Teamfight Tactics, with, well, a lot of work, but Silco isn’t coming to League of Legends, so we’ve had to build him from the ground up.”

Silco’s kit is yet to revealed. But Riot confirmed that he will be the “Mastermind” when it comes to combat.

While TFT players may rejoice after getting one of the fan-favorite characters from Arcane, League of Legends may have to wait or not see him in the game at all.

After Silco’s announcement, one player asked Riot if there’s a chance for Silco to come to League of Legends.

“While he works in TFT, his model would not be even close to hitting out unique silhouette bar for gameplay clarity (Which is super important for LoLMoba),” Riot Reav3 added. “He also doesn’t have a clear source of power that would translate into a LoL kit.”

And if Riot really wants to bring him in the Summoner’s Rift, they will have to change him significantly from the show to make him viable in League of Legends.

League of Legends’ Game Director, Riot Meddler has also backed on Riot Reav3’s comment saying “these are some of the key principles we’ll use when assessing any character as a potential adoption from another product at Riot. Some concepts, even if really well executed, just aren’t right for some experiences.”

However, that’s not the end of every League of Legends players’ dream of seeing him in the Summoner’s Rift. As Riot Reav3 also mentioned that if Silco’s problems are solvable while keeping him close enough to Arcane they might give an attempt. 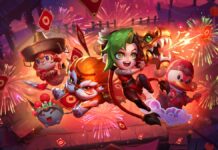