League of Legends patch 11.10 is going to feature nerf of widely popular champions like Katarina, Darius, Galio, and Talon.

Katarina is the most lethal and snowball champion in the League of Legends if the players know how to play her properly. After the preseason changes, her presence spiked significantly and she became one of the most popular champions in the Mid lane. Moreover, after the Kraken Slayer’s bug fix, patch 11.4 changes helped her to stay relevant.

Even though her win rate is pretty average in the lower Elo, she shines in Dimond 2+ soloq. As she currently has the third-highest pick rate in the Mid lane while having a 51% win rate, Riot is nerfing her in patch 11.10.

Galio received no kind of buffs or nerfs in season 11, however, for the last couple of patches, he is managing to hold a 52.31% win rate in the Mid lane. As a result, he will have to face nerfs in the upcoming patch 11.10.

Similar to Katarina, Talon is also dominating the soloq because of his insane roaming potential and great wave clear in the lane. Currently, he has a 52.13% win rate with a 5.5% pick rate, making him a candidate for the patch 11.10 nerf list. 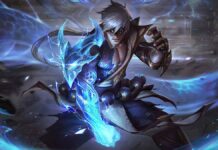