Here is a complete breakdown of all the best Gen 9 Psychic-type Pokémon you can get in Pokémon Scarlet and Violet.

Psychic types have always been overwhelmingly powerful, especially during generations 1 and 2. That’s because they have the ability to influence their opponent’s behavior by inflicting status ailments like confusion and sleep, as well as debuffing their stats.

Moreover, their telekinetic abilities allow them to shoot beams of energy from a safe distance. This is what gives them an upper hand over Fighting and Poison Type Pokemon. Along with a wide range of abilities, we also get to see some new faces in Pokémon Scarlet and Violet.

However, not all of them are equally powerful in battle. To make sure that your starting lineup contains only the strongest Pokemon, we have listed our top 10 picks for the best Psychic Types in Pokémon Scarlet and Violet.

Below are all the best Psychic-type Pokémon you can unlock in Pokémon Scarlet and Violet.

Oranguru is an orangutan-resembling Normal/Psychic-type Pokémon in Scarlet and Violet. Although it is weak to Bug and Dark-type attacks, Oranguru is completely immune to Ghost-type attacks.

Oranguru is a well-balanced Pokemon with high attack and defense stats. For example, not only does it have 110 Special Defense, but also a Special Attack of 90, making it a tanky Pokémon. Apart from having well-balanced stats, it also boasts some of the best abilities like Inner Focus, which allows Oranguru to protect itself from flinching.

Gothitelle has always been a strong, pure Psychic-type Pokémon since its debut in Gen 5. Despite having the same total base stats as Oranguru, it outperforms the aforementioned pokémon in attack strength and speed.

Gothitelle can be obtained through the evolution of Gothorita at level 41. Once evolved, Gothitelle will have base stats of 95 Special Attack, 110 Special Defense, and 65 Speed. Although it is weak against Bug, Ghost, and Dark types, Gothitelle does a great job of resisting Fighting and Psychic types.

This, along with its Competitive ability, which increases Gothitelle’s Special Attack by two stages, overwhelms the enemy in battle. This makes Gothitelle one of the best pure Psychic types to have in Pokémon Scarlet and Violet.

Bronzong is a Steel/Psychic Pokemon that evolves from Bronzor at level 33. Although it is weak to Fire, Ghost, Ground, and Dark types, Bronzong resists almost every other type of attack in Pokémon Scarlet and Violet and is completely immune to Poison.

However, to deal with its weakness to Fire, Bronzong comes with an immensely useful Heatproof ability, which lowers the damage received from fire-type attacks by half. Moreover, its Heavy Metal ability increases its weight by double. This, along with its 89 Attack and 116 Special Defense stats make it incredibly tanky.

Along with Confusion, Bronzong can use other abilities like Confuse Ray, Weather Ball, Tackle, and Sunny Day. Moreover, it can also overwhelm opponents using steel-type attacks like Gyro Ball, which has a base stat of 150 ATK. All of these make Bronzong one of the must-have tanky, Psychic types in Pokémon Scarlet and Violet.

Hatterene is a Psychic/Fairy-type that can be obtained by evolving Hattrem at level 42. Hatterene has strong resistance against Psychic and Fighting-type moves and is completely immune to Dragon-types. However, it is weak against Poison, Steel, and Ghost-type moves.

Hatterene boasts strong base stats like 136 Special Attack, and 103 Special Defense, making it incredibly powerful on the battlefield. Even though Psychic/Fairy-types are considered strong in general, Hatterene takes the cake when it comes to being the best.

Hatterene has useful Psychic skills like Confusion, Psybeam, and Psycho cut, but it also has Fairy-type attacks like Disarming Voice that never miss, and Aromatic Mist, which will boost your ally’s Special Defense by one stage.

Not only that, but you can also potentially save yourself from a deadly attack, thanks to Hatterene’s Anticipation ability, which will warn you in case your opponent knows any one-hit KO moves. Moreover, Hatterene’s Magic Bounce hidden ability will also save you by reflecting moves that change the target’s stats.

Since its Paradox version, Iron Valiant already made it onto our list of Best Fighting Types in Pokémon Scarlet and Violet, it is no surprise to have Gallade in this list as well. Gallade is a Psychic/Fighting-type Pokémon that can be obtained by evolving a male Kirlia with a Dawn Stone at level 30.

Not only does Gallade boast an Attack of 125, but it also has a Special Defense of 115. Moreover, it is also a fast-paced attacker, thanks to its 80 Speed stat. This speed is further boosted by Gallade’s Steadfast ability, which increases its speed by one stage every time it flinches.

Moreover, the power of your slicing moves is also boosted by 50% thanks to Gallade’s Sharpness ability. Not only that but Gallade’s hidden Justified ability further increases the power of your attacks by one stage every time you get hit by a Dark-type attack. All of these make Gallade one of the most powerful and hardest-hitting Pokémon in Pokémon Scarlet and Violet.

Gardevoir is the second Psychic/Fairy-type Pokémon we have on this list. And it is no surprise that it made it into our list of top 10 Psychic types in Pokémon Scarlet and Violet right after Gallade. That’s because Gallade and Gardevoir are two sides of the same coin, given they can both be evolved from a male Kirlia at Level 30. The only exception here is that you don’t need a Dawn Stone to obtain Gardevoir.

Gardevoir is weak against Poison, Ghost, and Steel-type, but it can reflect Psychic and Fighting-type attacks while being completely immune to Dragon-types. Just like Gallade, Gardevoir is an incredibly strong and fast-paced attacker, boasting the same Special Attack, Special Defense, and Speed stats of 125, 115, and 80 respectively.

In addition to its strength and speed, Gardevoir has some incredible abilities like Synchronize, which inflicts the same status ailments on opponents as you. Moreover, the Trace skill allows Gardevoir to mimic its opponent’s abilities and use them as its own, making it a very versatile pokemon that can play the same cards as its opponent.

Farigiraf is the second Normal/Psychic-type Pokemon in this list. And it can be obtained through Girafarig’s evolution, which happens when you learn the Twin Beam move at Level 32. The giraffe-resembling Pokemon is weak to Bug and Dark-type attacks, and it can resist Psychic-type and negate Ghost-type attacks.

Its total base stat of 520 makes it one of the strongest Psychic-types in Pokémon Scarlet and Violet. And when we take a deeper look into those stats, we can see that Farigiraf can last longer than most Pokémon in battles thanks to its 120 HP and Special 110 Attack.

Farigiraf has some amazing moves like Armor Tail, which stops opponents from using Priority moves. Moreover, the Sad Sipper hidden ability will make it so that Farigiraf’s Attack is increased by one stage whenever it gets hit with a Grass-type move while taking no damage from the attack itself.

Armarouge is a Fire/Psychic-type Pokemon that can be obtained by evolving Charcadet in Pokemon Scarlet. However, the evolution itself can be a lengthy process, as it involves collecting 10 Bronzor fragments and speaking to the man in Zapapico around Poison Team Star Base.

It boasts a slightly higher 525 base stats than Farigiraf, and it specializes in Special Attacks and Defense, carrying Sp. ATK and Def stats of 125 and 100 respectively. Moreover, it can also resist a range of attacks, starting from Fire-type to, Grass, Fighting, Ice, Steel, and Fairy-type attacks.

Espeon is the second pure Psychic-type Pokemon in this list, and the second best Psychic-type you can unlock in Pokémon Scarlet and Violet. You can acquire Espeon by leveling up Eevee’s High Friendship level in the daytime.

Like as Armarouge, Espeon also boasts the same 525 base stats, with a 130 Special Attack and 95 Special Defense. What makes it better than Armarouge is its 110 Speed, which is the highest on this list.

Espeon is weak to Bug, Ghost, and Dark-type attacks, and can resist Fighting and Psychic-type moves. Just like Gardevoir, Espeon also has the Synchronize ability, which inflicts the same status ailments on opponents as you. Moreover, it also has the Magic Bounce hidden ability that reflects any moves that change the target’s stats.

Scream Tail is the Paradox version of fan-favorite Jigglypuff. It is a Fairy/Psychic-type Paradox Pokemon that cannot be obtained through evolutions. Instead, you have to catch it in the wild. Scream Tail is most widely available in Area Zero’s Great Crater of Paldea.

Scream Tail is weak to Poison, Ghost, and Steel-type attacks, and can resist Psychic, and Fighting-type attacks while completely negating Dragon-type attacks. Just like Slither Wing, Scream Tail also has the Protosynthesis ability, which boosts its highest stat by 30% in Harsh Sunlight or when it is holding Booster Energy.

Scream Tail has the highest base stats out of any Psychic-type Pokémon in Pokémon Scarlet and Violet, boasting a base stat of 570. Scream Tail has an overall well-balanced stat distribution, given it has a Speed stat of 110, a Special Attack stat of 115, a Defense of 99, and an HP of 115. This means that Scream Tail can effectively outlast its enemies on the battleground through its strength, speed, and dexterity.

If you’re interested in learning more about Pokémon: Scarlet and Violet, then check out our other guides on All Starters, All Medicine Items, All Special Evolution Conditions, Mystery Gift Codes, All Held Items, Best Order for the Path of Legends Titan Battles, Fastest Ways to Level Up Pokemon to Level 100, All Berries and Where to Find Them, and more. 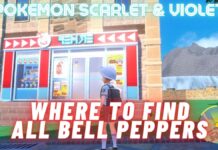 Pokemon Scarlet & Violet: Where to Find All Bell Peppers 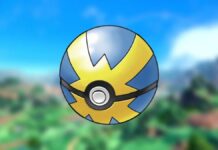 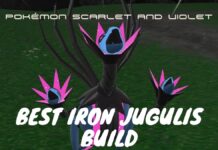 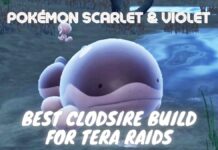 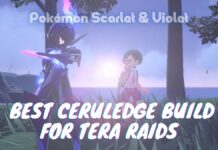 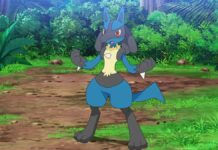