Hyper Scape, Ubisoft’s latest free-to-play Battle Royale game is already flooded with hackers and players are not happy about it.

Ubisoft launched the open beta for its own fast-paced Battle Royale royal game Hyper Scape to compete against other BR titles like Apex Legends, Warzone on July 12. Due to its unique gameplay inspired by arena shooters, it attracted thousands of players.

Unfortunately, like any other free-to-play title, Hyper Scape has been also targeted by cheaters and hackers. Although the open beta is out for just five days, a lot of players are already encountering hackers on a regular basis.

Hyper Scape has almost no recoil in its guns, a lot of cheaters however are using aimbots on top of that to make sure all the shots are headshots. A lot of players are also reporting that these hackers are constantly using wallhacks as well.

One player said, “Game is already flooded with wall hackers, 3 games in a row where someone was constantly shooting at windows and walls where I was standing behind making no sound and using stealth to reposition.”

Cheaters have become so obnoxious that they are even targeting downed players as well.

It’s very common to encounter cheaters in FPS titles. When Apex Legends first came out it was also flooded with hackers, Call of Duty: Warzone is also struggling with the increasing number of cheaters now, and when VALORANT was in beta it also had a noticeable number of cheaters.

However, Ubisoft is already taking action against these hackers. They are scaling up their own anti-cheat called BattleEye, and on a Reddit post when a player reported a hacker, a Ubisoft Community Manager said, “Hello – BattleEye has already detected this account and it has been suspended permanently.”

Just like VALORANT’s anti-cheat Vanguard, BattleEye is now also permanently banning cheaters from the game. However, players are still not happy as they want Ubisoft to implement some major features that will help them reduce cheater from the game. And in order to combat cheaters, players are suggesting Ubisoft add an in-game reporting option, a kill cam, and an option to spectate with total kills, damage, win stats. 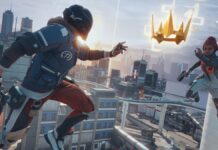 Ubisoft has banned over 10,000 cheaters in Hyper Scape already and... 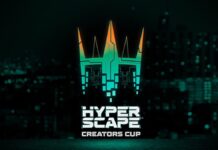