Some meta champions like Twisted Fate, Ornn, and tank Fiddlesticks are getting some big nerfs in the upcoming patch 10.15.

League of Legends’ lead gameplay designer Mark “Scruffy” Yetter previewed the patch 10.15 today. And it seems like champions like Aphelios and Lee Sin are getting nerfs along with Twisted Fate, Ornn, and tank Fiddlesticks. All these new changes are hitting PBE soon for testing and will be shipped in the live servers on patch 10.15.

Ornn the tanky assassin is currently dominating in the pro games. Even after building full tank item, Ornn has the ability to one-shot the back line with just one full combo. Although his win rate in the ranked games is average, he has a 62.4% presence in the pro games. As a result, Riot is planning to give him another nerf in the upcoming patch 10.15.

Fiddlesticks kinda had a roller coaster ride in League of Legends since his rework on patch 10.7. After his release he had one of the lowest win rates in the game, thus Riot buffed him soon after. But after getting the buffs his win rate skyrocket and became one of the highest win rate jungler in League of Legends. Which resulted in him getting some big nerfs on patch 10.12.

But players found a different build to abuse him in the current meta which made him somehow even more obnoxious. In this new build, Fiddlesticks build Spirit Visage, Frozen Heart, and other tank items to sustain in the team fights. A lot of pro players including Bjergsen have also used this build in LCS. As a result, in the upcoming patch 10.15, Riot is planning to nerf Fiddlesticks once again targeting his tanky build.

Because of his high roaming potential Twisted Fate is currently one of meta champion in the pro games. He has around 57.9% presence in the 2020 summer split across all major regions. Besides his pro game presence, he has a fairly good win rate and pick rate in the normal games as well. As a result, Riot is taking some of his strength back in patch 10.15. 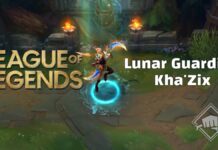