League players will be able to Surrender “as quickly as possible” while losing lesser LP from patch 10.24

Riot Games was getting a lot of backlashes from the League community for their lack of actions towards AFK players for years now. But it got even worst when streamers started to call out Riot and the whole League community wanted to see changes.

Riot however did acknowledge their lack of actions and promised a better system to combat inters, griefers, AFK players, and other game running players. And a couple of months earlier Riot Games director Andrei “Meddler” van Roon shared their short and long term goals to combat inters/afkers.

Following up on their goals, Riot released the champ select reporting system on patch 10.13 and a harsh punishment system for inters and AFK players on patch 10.15.

After the new system’s implementation, in some test regions, Riot noticed players hit their AFK punishment thresholds faster, wherein other regions Riot observed a steady decline in both AFK detection and penalties.

Based on feedbacks, Riot is “happy” with their recently executed system but they are not stopping there. On the latest dev post, Riot Codebear has announced that they will be releasing improved early surrender and LP Mitigation very soon.

Having an AFK in the game lower the chance of winning and it also ruins the fun of League of Legends. And a lot of players were asking Riot Games to enable the surrender option whenever a player goes AFK so that they don’t have to wait and play the game for 15 min.

“We are going to update the surrender system to account for AFK players on your team,” Riot Games said. “When an AFK is detected, we will refresh the surrender cooldown and alert your whole team, allowing you to surrender again immediately. In addition, games with an AFK player can be surrendered earlier.”

However, if you want to wait for that player it is still possible but Riot will give you the opportunity to surrender “as quickly as possible.”

Riot also mentioned that they do understand losing because of someone else’s action is not justified. Therefore, they will be rolling out a new system that reduces the LP you lose from a defeat where an AFK or leaver was detected on your team.

Riot will be rolling out the Early Surrender system from patch 10.22 and LP Mitigation improvements are targeted to ship in patch 10.24. 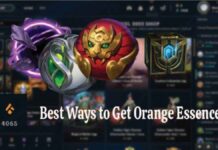