One of the most anticipated esports tournaments of the year, Worlds 2021, is just around the corner. As we are getting closer and closer, it is also the time of the year for Riot to share the details about the patch Worlds is going to be played on.

Last month, Riot Jag mentioned that for this year’s Worlds patch, they are splitting the changes into two different patches — Worlds-A (Patch 11.18) and Worlds-B (Patch 11.19). While Worlds-A was all about pushing riskier changes, Worlds-B patch is about balancing the pro-targeted changes.

On the other hand, two soloq dominant champions Sona and Soraka are getting nerfs along with pro-targeted Ryze, Kennen, and Varus.

After many speculations and teasers, League of Legends’ 157th champion — Vex is also set to make her debut on patch 11.19.

League of Legends’ Lead Game Designer Riot Jag has previewed the upcoming patch 11.19. And here’s everything you need to know about LoL patch 11.19 notes.

Vex is making her debut in the Summoner’s Rift on patch 11.19, and in the meantime, Riot has revealed all of her abilities, base skin’s splash art, and her Dawnbringer Vex skin.

Here’s everything you need to know about League of Legends’ upcoming AP Mid lane mage champion Vex, The Gloomist.

“While we thought there was a chance his overall win rate would go down in 11.18, we felt that there was a good chance we would even out his MMR skew in the process,” Riot Jag on Fizz. “This did not happen – his MMR skew was aggravated. Consequently, we opted for a full revert.”

For more details about the skins: Nightbringer and Dawnbringer 2021 Skins: Splash Art, Release Date, and Price 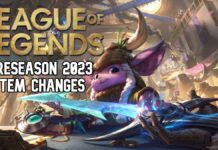 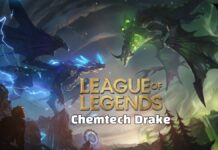 The Diofield Chronicle: How To Earn SP