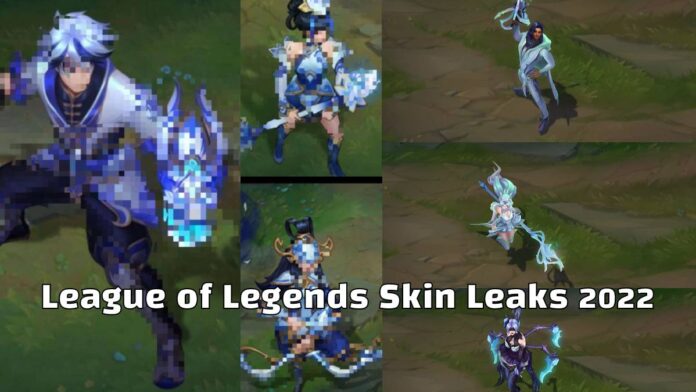 New leaks have emerged that reveal the possible champions who are getting the Crystal Rose, Withered Rose, Porcelain, Firecracker, Star Guardians, and more skins in 2022.

The last few years have been incredible for Riot Games in terms of skins released in League of Legends. We’ve seen fantastic event thematic-focused skins along with newly introduced and returning skin lines. And for 2022, we can also expect the same, or even more.

League of Legends season 12 has started, but there are already many leaks and rumors that may have potentially revealed the upcoming events, skins, and champions. For champions, it’ll be the Zaun ADC Zeri first, Support champion a month after, Void monster Jungler, Shurima Tank — total 7 new champions. Moreover, Aurelion Sol and Jax are also rumored to get rework in 2022.

Now, based on leaks, here are some of the skin lines releasing in LoL 2022.

Note: All these skin lines may or may not come to League of Legends, so take the following with a grain of salt.

According to some Chinese leaks, Arcana skin line is coming back in League of Legends in 2022. Here are the champions:

Based on BigBadBear, Senna will be the first champion to receive the overhauled prestige skin in League of Legends that may cost 18,750 RP.

Right before patch 12.5 PBE, a new leak has emerged that potentially reveals the champions getting the Bee skins.

Although Riot is yet to make an official announcement, data miners have already found two champions getting the Crystal Rose skins in 2022. And the champions are:

Similar to Crystal Rose, two champions are getting the Withered Rose skins.

Riot releases Lunar Revel or Firecracker skins in League of Legends to celebrate the Chinese new year. And 2022’s champions are:

Riot is releasing a brand new skin line called Porcelain in League of Legends. Here are all the champions:

Previously released Brave Pheonix Xayah might be getting prestige edition skin in 2022, based on leaks.

A new leak suggests that the High Noon skin line is returning to League of Legends, with a new event in February 2022.

Star Guardian’s return to League of Legends has been speculated since last year. Though Riot didn’t release any Star Guardian skins in 2021, a leak suggests that Star Guardian will finally return with a new event in the Summer of 2022.

Last year, Riot did a survey showcasing six skin concepts for both Lux and Yasuo. The Inner Wild, The Virtuosos, Furry, and the Fairy Kingdom were some of the concepts.