How to Increase FPS in Shatterline

If you’re having a low FPS issue in Shatterland, don’t worry. This guide will tell you everything you can do to improve your FPS in Shatterline.

Shatterline is a new Free-to-Play FPS game currently in an early access state on Steam. The game currently has a roguelike Co-Op mode called Expedition and several traditional game modes such as TDM, Conquest, Plant-the-bomb, and Escort.

Also, many bugs and glitches are very apparent in Shatterline and are constantly being fixed with further updates. Nonetheless, Frag Lab is trying hard to make it a tough competitor to other known FPS titles.

Recently many players have complained about their FPS being low. However, the developer and community have shared a workaround that you use to increase your FPS.

Here’s a step-by-step guide to increasing your FPS in Shatterline:

2. A new window will pop up. Find the “game_settings_local_publisher.savedata” and open and edit with notepad

3. Copy this setting to the file (keep a backup file before using these settings)

Note: you can change settings based on your own preference

4. If you are done configuring. Press File then save

5. While in the game, open your taskbar > click on the game.exe > set the priority to high

There you go! If you follow these steps, you should get a boost in FPS in Shatterline. Some settings will not benefit you significantly, so you can exclude those. In any case, play with the settings and see what you like. 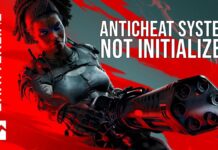 Shatterline: How To Fix Anticheat System Failed to Initialize 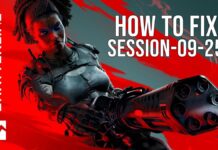