Learn how to farm for and earn money or Gil fast in our in-depth Gil farming guide for Crisis Core –Final Fantasy 7– Reunion.

For any RPG or JRPG, money is vital to ensure your character has all the best items for survival against the most challenging conditions and enemies. For Final Fantasy games, money, or Gil as its currency, is required to purchase almost everything: items, accessories, weapons, and armor.

Likewise, in Crisis Core –Final Fantasy 7– Reunion earning money or Gil is as important as gaining experience points. While experience points help you level to make Zack stronger, you’d need a lot of cash to buy the best gears, items to recover and cure, and Materias to give you the winning edge in battle. In fact, some of the best Materias in the game are only purchasable from shops.

Like all Final Fantasy games or JRPGs, the primary way to farm for money is through battling enemies and selling off items. In Crisis Core –Final Fantasy 7– Reunion, the core methods remain the same, but you need to follow extra tricks and strategies to ensure your Gil or money farming is the most efficient. That can be through beating certain enemies or wearing special items.

Hence, in this Crisis Core –Final Fantasy 7– Reunion guide, we walk you through all the methods to earn money, aka Gil fast, so that you come prepared for farming and become rich early on in the game.

The most common way to farm for money is by defeating enemies as much as possible. It gets you both experience points, items, and Gils. You can even sell these items for Gils as well. However, more formidable enemies and side quests are unlocked as you progress. During the main story quests, you should grind on the locations containing the tougher enemies.

On the other hand, besides main quests, do side quests to complete the ones with difficult enemies and Summons. A good choice would be the Missions M6-1-5: Buried in the Caverns from Seeking Precious Items quest line. You’ll find a lot of Tonberries here, with each dropping 500 Gil. Tonberries are also found in M10-2-1: Find the Tonberry!, M10-2-2: Tonberries Everywhere, and M9-6-2: The Lowest Tier. You can also gain a lot of experience through them too. Moreover, M9-6-2: The Lowest Tier pits you against a Holy Tonberry, defeating one bag you 20,000 Gil. Genesis Clones also rewards you with a good amount of Gils but not as much as a Tonberry.

Other good choices are M9-5-3 Unusually Strong Monsters and any quest that fights with Summons.

Wherever you go and whatever Mission you do, always explore every nook and cranny. You’re bound to stumble upon some good ol’ treasure chests. Opening them nets you items and, of course, a lot of money or Gil. They’re scattered everywhere across each area.

Use the Steal or Mug Ability

Equip the Steal or Mug Ability to Zack and use it on enemies. Both allow you to steal Gils from enemy pockets or snatch items from them. The best item obtained by Steal is the Gold Rolling Pin, obtained from a Holy Tonberry. One Gold Rolling Pin can fetch 50,000 Gils.

Crisis Core –Final Fantasy 7– Reunion has a lot of items that grant you various stat boosts or strengthen skills or magic. Among them, some of these items help your chances of stealing and mugging and even increase the quality of items stolen or dropped by foes.

You can always sell the excess or underpowered items in Shops to earn extra money or Gils in Crisis Core –Final Fantasy 7– Reunion. Just don’t sell off consumables. Although some may seem useless, you may easily fall into a situation or need them to cure annoying status effects or conditions.

As mentioned, items are obtained as loot from defeated enemies or stolen using the Steal skill. Furthermore, using the mentioned accessories also ensures your loot is better, hence more expensive. So use a combination of both for the best results.

However, some items in the game fetch an insane amount of Gil. It is wise and also efficient to focus on grinding for these items. These are Mythril, Force of Nature, Mythril Armlet, and Golden Rolling Pin.

Mythril is a helpful item used in Materia Fusion. Per Fusion, you gain SPR by one up to a maximum of 100. Mythril sells for the lowest in this list, i.e., for 500 Gils, but you can get many from various missions and chests.

So it’s an excellent choice to sell the extra ones. Mythril is found in treasure chests in the following Missions:

Can be Stolen using Steal from:

Dropped as loot from:

Obtainable from the Missions:

Mythril Armlet is a useful accessory that doubles maximum MP and prevents Silence. But if you have extra lying around, selling one can bag 10,000 Gils.

Mythril Armlet in Crisis Core –Final Fantasy 7– Reunion can be found in chests in the Missions:

Furthermore, it can be obtained as a reward for completing the Fourth Contact Missions and dropping from the Three Stars enemy.

Force of Nature is an elemental accessory. It can be sold for 50,000 Gils. Unlike Mythril, Force of Nature can only be obtained by defeating a G Enforcer. G Enforcers are encountered in M3-5-4 to M3-5-6 Missions.

This is another Materia Fusion item. Using it increases Luck. But since it fetches a whopping price of 50,000 Gils, it’s also a great idea to sell it.

These are all the ways you can earn money fast in Crisis Core –Final Fantasy 7– Reunion. For more help on this fantastic game, you can check out our guides on All Missions (Side Quests), DMW Guide, and All Summons. 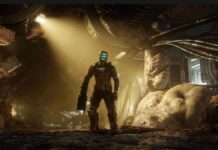 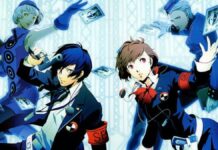 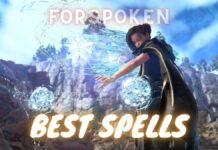