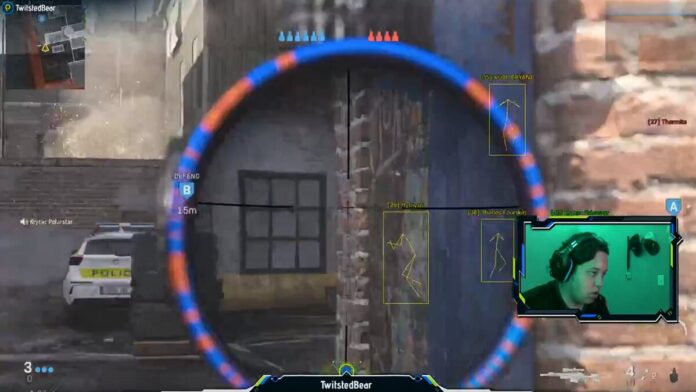 Call of Duty streamer Twistedbear who claims to be a great player is now banned as he was caught using cheats live on twitch.

Call of Duty Modern Warfare and Warzone is currently flooded with cheaters. On Reddit, it is very common to see new threads about cheaters every other day. Although Infinity Ward added a Two-Step Authentication for PC players to combat cheaters in May, cheaters have found many ways to bypass the 2FA. A lot of players were not happy about it and they were blaming the easily bypassable 2FA for a sudden spike of cheaters in Season 4.

Catching a cheater in normal games is nothing new but catching a streamer cheating in a live stream on Twitch is extremely rare. Which eventually happened to twitch streamer “Twistedbear” who was caught red-handed by his viewers while be was using wallhacks.

From this clip, it can be easily detected that he was using some kind of wallhacks as he was able to see his opponent’s skeletons through the walls. And the most shocking part is that he was pretending to be fully focused on the game while he was clearly cheating.

The clip soon caught a lot of attention from Reddit and Twitter and many players were showing their frustrations over the rising number of cheater problems. But, as the clip went viral it didn’t take much time for Twitch to ban Twistedbear‘s channel completely.

If that clip didn’t go public there was a high chance that Twistedbear would have never been banned and he would continue to claim as one of the best CoD players out there. These situations are huge red flags for Infinity Ward and they need to do something big to combat these cheaters in the future.