Players have been asking for a Charge Rifle nerf in Apex Legends for a long time. And Respawn finally said that they are working on it.

Apex Legends has constantly been through updates and patches since Season 1 so that the mass player base can stay entertained and engaged in the game. Respawn has already introduced 28 weapons, and many more are in development that will eventually make it into the game.

Respawn does not haphazardly put new weapons into the game and let the players figure it out. Instead, they observe many aspects such as weapons’ pick-rate, effectiveness in casual, ranked, and tournament matches, and so on. After analyzing many aspects of the game, Respawn brings changes to the weapons at the beginning of every new season.

However, some weapons seem very powerful in the Apex Legends meta. Charge Rifle is one such weapon. This Sniper Rifle is unique from its alternatives and arguably is the most powerful Sniper in the game, except for Kraber. The gun is also very annoying to play against.

Read More: Respawn is Currently Working on a “Gifting System” For Skins Trading

It feels very frustrating to get hit by a Charge Rifle from the other side of the map. We all have been there. Though we like to use the mighty Charge Rifle every now and then, being on the opposite end is something we don’t want to encounter.

Charge Rifle is a very easy-to-use weapon in Apex Legends with insane damage farming capacity. The weapon does not have any bullet drops, so players can shoot with this weapon accurately from miles away. The only thing required to efficiently use this weapon is a Sniper Optic. Overall, the weapon does not feel fair.

Respawn devs already confirmed in a press conference that they are aware of the gun’s current state, and they are “working on it.” According to TheLoadout, the senior game designer Eric Canavese said, “We understand some of the issues with the Charge Rifle… We know how it spikes a bit differently… So, we are thinking about it, we’re working on it.”

Eric Canavese also added, “There’s no plans to do anything about the Charge Rifle in Season 14.” So, it is pretty clear that Respawn has been thinking about a potential Charge Rifle nerf in the future. However, it will not come in Season 14. In any case, a Charge Rifle is necessary to balance this powerful sniper rifle in the Apex legends meta. 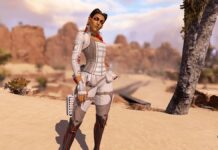 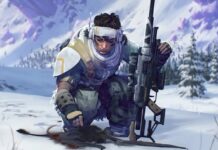 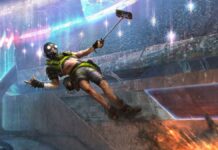