With the help of Warzone, Call of Duty series make around $3 million daily

Activision and Infinity Ward are making banks with a whopping $3 million daily revenue thanks to the Warzone’s microtransactions.

Call of Duty has always been Activision’s most profitable series. But, 2020 has been their best year yet, because of the release of their free-to-play Battle Royale Warzone. After the release, it became an immediate success attracting more than 50 million players just after one month.

With so many players playing each day, thanks to SlottyVegas who gathered data from Nielsen Super Data, Esports Earnings, Forbes, and Social Blade, now we know how much money they make each day.

The company said in a press release, “We can exclusively reveal that Call Of Duty is making a staggering £2.4 million per day from physical purchases and online transactions.”

Converting to USD, they make around $2K each minute, and roughly $3 million USD a day.

According to a previous report, Activision announced that in Q1, its revenue was around an astonishing $1.52 billion. The company’s earnings-per-share was doubled as well.

Although Warzone is free-to-play, it has in-game microtransactions and on top of that players are also encouraged to buy Modern Warfare as well.

Based on the numbers, Activision and Infinity Ward are clearly making banks and with all the new contents coming in it seems like it’s not going anywhere any time soon. 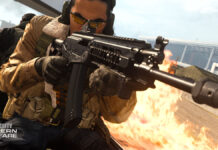 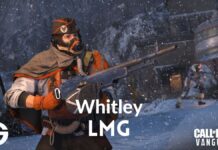