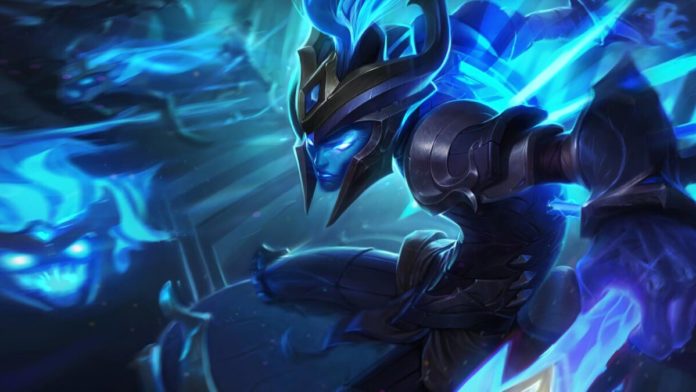 Five champions including Volibear, Kalista, Kennen, Karthus, and Quinn do not have any skins valued 1350 RP or above.

With the introduction of High Noon Senna and Irelia there are currently 1061 skins. But surprisingly five champions don’t have any Epic or higher skin tier while champion like Lux alone has 13 skins with every skin tier.

As pointed out by Ap_Sona_Bot, the five champions with no Epic or higher skin tier are Volibear, Kalista, Kennen, Karthus, and Quinn.

Volibear is getting a rework in patch 10.11, where he will be getting a new the Thousand Pierced Volibear skin. But Riot will be giving it for free to everyone who owns Volibear and after a certain period of time, they will be selling it for 975 RP. Excluding this new skin he currently has three 750 RP skin, one 520, and one 975 RP skin but no 1350 RP+ skins.

Among the five champions, Kalista hasn’t received any kind of skins for the longest period of time with over 1300+ days. She only has three skins valued 975RP where two of them are legacy skin means she only has one purchasable skin in League of Legends!

Kennen has the highest number of skins among them with seven but all of them are either 975 RP or below tier skins. Karthus and Quinn also have six and four skins respectively with no Epic or higher tier skins.

These champions may not have any Epic or higher skins but champion like Skernar has not received any skins for five long years. Although Riot Games did explain why these champions do not get many skins saying “we often prioritize skins for our most popular champions, like Lux and Kai’Sa, because they reach a huge number of players.”

But in the 2020 skin road map, Riot Games said they will be releasing 120 new skins in 2020. Therefore, there is a high chance that we might be able to see these five champions getting skins valued 1350 RP or higher tier skins very soon.