Skarner has not received any skins in almost 5 years 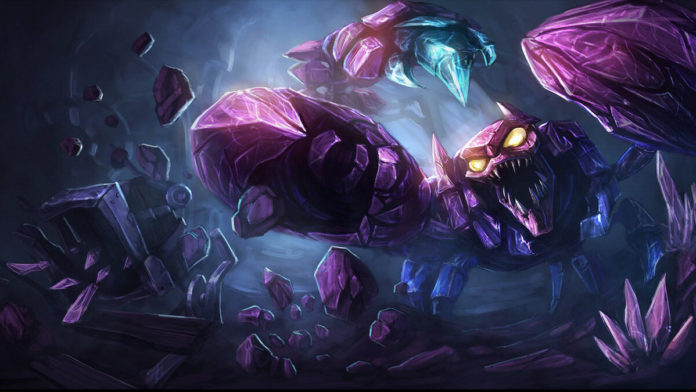 Skarner, The Crystal Vanguard is now the only champion in season 10 that has not received any skins in almost 5 years.

Skarner was first introduced into the League of Legends universe on August 9, 2011. And it is quite surprising that in almost nine years, Skarner has only received four skins from Riot Games. Guardian of the Sands Skarner was the last skin that he received and it released on 4/26/2015.

Although Riot Games did say, they will release skins for most of the champions that haven’t received any skins in more than 1000 days which includes Skarner as well. They are also planning to give Skarner a VGU this year after releasing the Volibear VGU.

Not to mention, Skarner is also among the least popular champions in League of Legends. He only has a 0.6% pick rate in the jungle according to u.gg. The last time they buffed him was in patch 9.5. There is a high chance Riot has not released any skins for Skarner this long could be due to his lack of popularity.