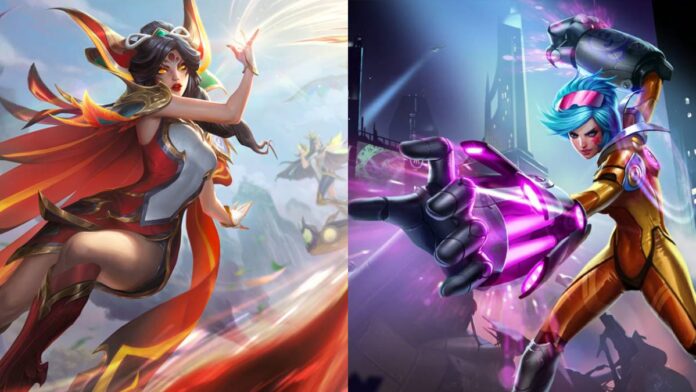 Two of current’s most dominant champions Xayah and Vi, get hotfix nerfs on League of Legends patch 11.22.

Xayah was out of the meta for so long that since season 10, she has been only receiving buffs. Although most of the recent buffs were minor, she got five buffs in season 11 alone as she struggled to surpass a 2-3% pick rate.

The first four buffs didn’t have much of an impact on Xayah. However, the most recent buff on patch 11.21 caused her presence in the soloq to skyrocket. Currently, on patch 11.22, she has a massive 53.59% win rate at bot lane, the highest among traditional ADCs. Moreover, she also has a 17.51% pick rate at Plat+ Elo as well.

Similar to Xayah, Vi finally found some sparks in soloq. After the recent patch 11.22 balance update where Riot changed her Q and R, Vi’s win rate increased from 51.69% to 53.32% in Plat+. Plus, that win rate only rises in the Diamond 2+ Elo.

However, both Xayah and Vi’s dominance seems to be coming to an end very early as League of Legends’ Designer on the Summoner’s Rift team, Riot Phlox has confirmed that both of them have already received hotfix nerfs on patch 11.22.

“We’re putting out a micropatch today for Xayah and Vi,” Riot Phlox on Xayah and Vi hotfix nerf. “Xayah’s lethality build has caught on over the last few weeks and is quite overpowered and Vi’s recent rescript added a lot of consistency to her spells which pushed her over the edge of balanced.”