Riot just introduced the masked assassin Yone and some players are already unhappy about his walk animation.

Riot had scheduled two champions for the Spirit Blossom event, a dreamy jungler Lillia, and a masked assassin Yone. For patch 10.15, Riot already released Lillia, and fans were excited about the Yone announcement. And finally, after months of speculations, Riot has finally unveiled Yone, the Unforgotten.

Ever since Riot revealed him in the “Kin of the Stained Blade” cinematic, it received a tremendous amount of attention from League players. Riot received a lot of praise over Yone’s smooth animations, visuals, and ability powers.

One player said, “Riot im begging you .. change his walk animation .. it looks so wrong..” Although a lot of players are liking Yone’s running animation, some are certainly not happy about his walking and expressed it as “weird.”

When Adam was asked if they are considering adjusting his walking animation or not, he said, “Definitely gonna see how people feel while playing him during PBE and adjust accordingly!” “He does have two runs that weren’t shown in the spotlight too. The walk is mostly for lower move speeds,” Adam added.

Although a lot of players are saying that Yone’s walking animation is awkward, a Reddit user named Baker has explained this as,

“People complaining about how he walks… He “walks” like that because it’s one of the forms of a samurai for dual swords, Genko Nito Ryu. (Kenjustu style is one of the more known forms practice, with several more for variations of practice.) And it’s pretty accurate.”

However, players are still not convinced and requesting Riot Games for further adjustments. Riot has changed a lot of animation in the past based on feedback and we can also expect that they will assuredly do something about Yone’s walk animation as well before his release on patch 10.16. 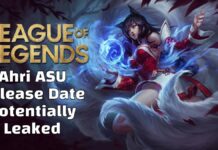