OK! Rammus is finally getting a small rework very soon and here’s everything you need to know about the update.

Tank champions were pretty much dominating the early 2021 preseason because of the “overpowered” Tank Mythic items. Champions like Amumu, Nunu, and some others had a huge boost in their pick rate and win rate. Even though his pick rate was pretty low, Rammus also benefited from the new tank items as he had around 52.54% win rate in the preseason patch.

However, Riot brought multiple nerfs for the tank items which affected tank champions quite significantly including Rammus. As his kit is very outdated compared to the new champions, Rammus only had a 1.3% pick rate before preseason. And now he also has around a 2.9% pick rate after the tank item nerfs in season 11. Moreover, he also had a 0% presence in the pro games as well.

Because of how “outdated” his kit is, many Rammus mains have been asking Riot to tweak some of his abilities so that he can at least be a viable champion in the soloq. And out of the blue, Riot did tease a small Rammus change in the Season 2021 opening cinematic for the Wild Rift. After that many LoL players were wondering whether that Rammus update is also going to hit League of Legends or not.

“Looking at Rammus’s biggest areas for improvement on PC, we put together a small list of changes to keep his core play pattern intact but upgrade some of the spells (like R) that are most under delivering,” Mark Yetter stated.

Riot also said that they are giving Rammus a “Broadening gameplay” that should help him in the higher MMRs as well. Furthermore, in this rework, Rammus is also getting improved clarity and satisfaction on both VFX and SFX.

Here’s how the new ultimate and combo are going to look like:

Rammus rework is still under development and depending on the testing it may or may not ship into the live servers. Rammus rework is most likely to release on League of Legends patch 11.5.

Riot Games shared some more information about the new Rammus rework. And according to Riot, Rammus rework will be released on patch 11.8, April 14, 2021.

Rammus is also getting a VFX update on his abilities along with his skins. Check the full VFX update in the Twitter thread by League of Legends’  Sr VFX Artist Kevin “Sirhaian” Leroy. 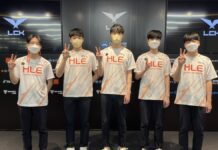 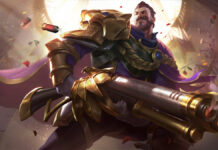 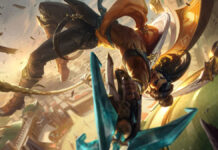 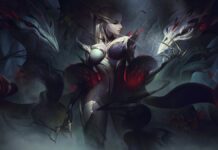