Patch 12.11 just went live with new Ocean Song skins. Though Ocean Song will not have its separate event, there is a new and improved showcase milestone and milestone missions to keep you satisfied till the biggest event of the year, Star Guardians 2022, starts. Showcase Milestones is a part of Phase two of Mythic Content Overhaul.

Showcase milestones are like Masterwork Milestones introduced in Patch 12.7. However, with the Showcase Milestone, players can spend RP to buy capsules from the market and open them to earn amazing additional rewards. And the Ocean Song showcase event will supposedly have a few improvements over the Eclipse Showcase Milestone.

What is a Showcase?

Riot released a lot of skin lines in a year, but only a few come with a dedicated event. Showcases are like mini-events that introduce new skins from a single theme. They will also be accompanied by a number of Showcase missions and rewards.

Showcases will last 3-4 weeks or two full Patches. But you can check your client for final timing and the most accurate information. If you go into your loot tab, you will find the Showcase Capsule Milestone. For this event, it is Ocean Song 2022 capsule. You can track your progress and when it ends through there.

Make sure to claim everything you earned in the Showcase Milestone before it expires.

As Ocean Song is not an actual event, there is no event pass. So these showcase missions are free, and you don’t need to purchase anything to access them.

Skins Featured in the Showcase

Ocean Song Showcase will feature 5 Epic tier skins and a Prestige skin. You can get a look at all the skins here. Prestige Ocean Song Seraphine will be available in the Mythic Shop. For other skins, you can purchase them from the store or get them as a reward for completing the showcase capsule milestone.

You can buy Ocean Song Capsules for 750 RP each during the showcase. Each capsule will have three skin shards. You will need to open 25 capsules to complete the milestone and get all the rewards.

So in total, you will get: 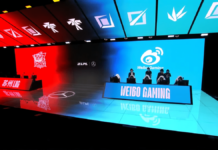 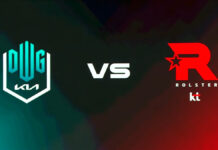 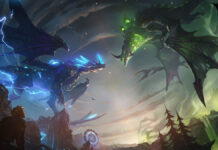 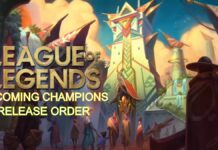 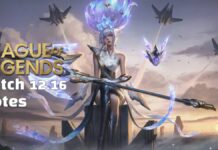 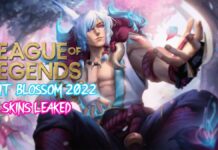