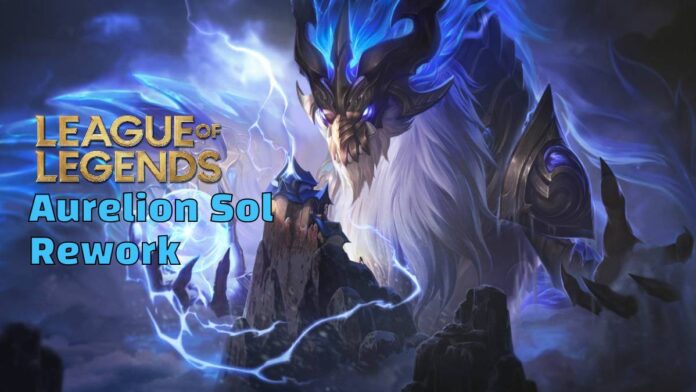 Ever since his release back in Season 6, The Star Forger never really had any impact in League of Legends meta. Though he had some sort of presence in the pro games for his roaming potential, it got totally obliterated after his major changes in Season 9.

He was barely getting picked in pro games, and his presence in soloq tumbled as well. For most of Season 10-12, he had a below 1% win rate; though, at some point, he had a 57% win rate (with a 0.7-1% pick rate). But the funny thing is, Riot gave ASol a nerf despite having a terrible pick rate just because some “1 trick” players were having success.

That nerf, however, did receive some backlashes, and many demanded Aurelion Sol’s rework from Riot Games.

“We’ve tried some small tweaks to ASol, but when we discussed what we should do to help him out, we came to the consensus that we should just start his gameplay over from scratch,” Riot Games said.

While most of us are familiar with VGUs and ASUs, Aurelion Sol will be the first champion in League of Legends to receive a CGU (Comprehensive Gameplay Update).

According to Riot, champions get a CGU when they have high-quality art and narrative but whose gameplay just doesn’t quite deliver on their fantasies. Or champions with more complicated gameplay issues that Riot can’t solve by changing one or two abilities.

And for ASol, Riot might rebuild his kit from scratch without changing the model, theme, and narrative.

Though nothing is confirmed yet, Riot will give Aurelion Sol a massive overhaul to his kit, similar to VGUs like Urgot’s or Sion’s.

“We want to emphasize his dragon fantasy, as we don’t think he currently delivers on that part of his persona very well,” Riot Games said. “We also think our new take on his star forging gameplay will be both spectacular to see and more intuitive to play.”

No specific date has been revealed yet, but Riot will try to push Aurelion Sol’s rework in the Summoner’s Rift by the end of 2022.