KennyS refutes all the rumors regarding his potential switch to VALORANT

KennyS finally addressed all the recent rumors surrounding his potential switch to VALORANT.

Recent rumors hinted that KennyS might switch to VALORANT following his departure from G2’s core CSGO roster. The rumor began after KennyS shared a GIF of VALORANT featuring Jett on his official Twitter account.

To say that Twitter exploded after he posted this GIF would be a huge understatement. All the operator users in VALORANT usually prefer to use Jett as she can maneuver around the map and get away to safety after peeking dangerous angles.

And since KennyS is known for his proficiency with sniper rifles like the AWP, some fans started to speculate that KennyS might be either thinking about switching or currently is in the process of joining a VALORANT roster.

KennyS refutes all the rumors

Later, KennyS refuted all the rumors about him switching to VALORANT. Turns out, KennyS has no plans to switch from Counter-Strike. Even though he thinks VALORANT is a great game, he will not be switching any time soon. Instead, he will be grinding CSGO at the moment.

This 25-year-old French CSGO legend has been dominating the professional scene from the Counter-Strike Source days. He was so dominant with the AWP that Valve literally had to nerf the gun to keep it balanced.

His long list of accolades has made him one of the best snipers in the game. And the thought of him switching to a new game created quite an uproar on Twitter. However, KennyS has put all those rumors to rest. 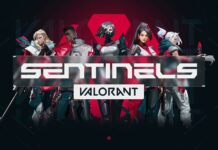 Relocating to Europe for CS isn’t really in the cards, says... 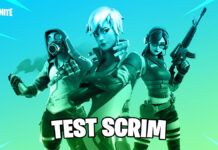 DreamHack Masters Spring 2021: How to watch, format, Groups and more