Kayn, Lissandra, Quinn, Gnar, and Cho’Gath are to receive buff in patch 10.9 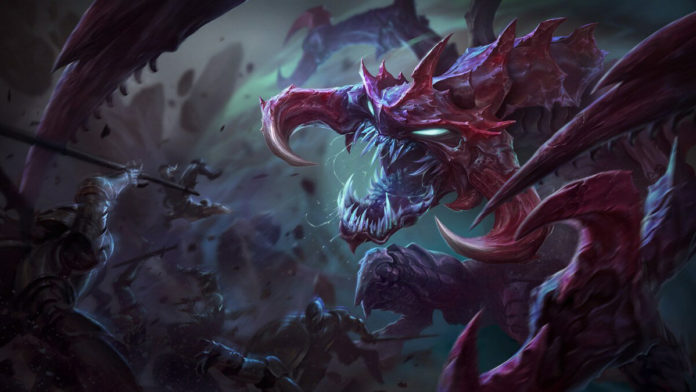 Riot Games is planning to buff six champions in the upcoming patch 10.9.

League of Legends lead gameplay designer Mark “Scruffy” Yetter tweeted previewing the upcoming patch 10.9. And it seems like they are buffing six champions: Kayn, Lissandra, Quinn, Gnar, Fiddle support and Cho’Gath. All the changes are planned to hit the PBE soon for testing.

(Disclaimer: win rate and pick rate may vary at the time of you are reading.)

Although Kayn has a balanced win rate with around 50% win rate in silver-plat elo, he is pretty much none existent in Diamond+ games. Where he only has a 2% pick rate in Diamond+ and his pick rate in master-challenger elo is even worst. As a result, Riot Games is buffing Kayn in patch 10.9.

Quinn is currently doing great in Plat+ elo in patch 10.8 where she has a 54.43% win rate. But if we look at her win rate in other elos we can pretty much understand why Riot is buffing Quinn in patch 10.9.

After getting buffs in patch 10.4, Riot Games is once again buffing Gnar in patch 10.9. Gnar is doing pretty much ok in Plat and below Plat elo. But his presence in Diamond+ elo is non-exixtance. As a result, he is getting buff once again in season 10.

If we take a look at Cho’Gath’s pick rate we see how unpopular he is among League of Legends players. He has a below 1% pick rate in almost all elos. And considering the pick rate, he was in need of this buff more than anyone else in patch 10.9.