Recently many controller players have been using steam configs to Tap-strafe on controllers. Imperialhal thinks it should not be allowed.

Tap strafing was first discovered in Season 6. Respawn did not purposely put tap strafing in the game and wanted to remove it from the game. However, mouse and keyboard players did not want Respawn to remove this movement technique from the game as it was incredibly fun to use.

“If someone’s on controller and they’re tap strafing, then they’re doing steam config, which is not allowed in comp. I don’t understand, like why are competitive players even using steam configs anways. You gotta have at least some type of f**ing integrity to be a loser and still use it”, Imperialhal frustratingly explains.

After saying this, he also mentions that some of his friends and people he plays with also use the steam config. Imperialhal also finds it hard to understand why is the steam config even allowed in the game if it is not allowed in competitive (tournaments).

Nonetheless, apart from Imperialhal, many players also think that steam config and tap strafing in the controller should not be allowed. Respawn is yet to respond about this issue. So, whether it is right or wrong is still a matter of debate. 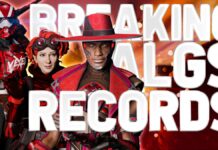 NICKMERCS Kicks His Coach Gdolphin from Tripods for Making a Joke...