In a recent AMA session, a developer of Respawn talked about a potential Wraith buff in the future.

Respawn, the developer behind the popular Titanfall franchise, entered the Battle Royale genre with a surprise launch of Apex Legends. Despite no prior announcement regarding Apex’s launch, the game became popular within a short period.

The fast-paced gameplay, incredible movement mechanisms, and the hero-shooter aspect made Apex Legends one of the Battle Royale games in the world. Initially, the game only had eight unique Legends, and Wraith was one of them.

Wraith became the most picked character in the game out of all the Legends, thanks to her abilities and personality. She kind of became the face of Apex Legends, and everyone loved her. She was also arguably the strongest Legend in the game.

However, starting from Season 1, Respawn hit her with constant nerfs over time. Wraith, once the most powerful Legend, became one of the least-picked characters in the high ELO lobbies and tournaments. However, things may change in the future.

Wraith May Get “Tweak” in Future

Respawn does not randomly change the meta of the game. They analyze various factors such as Character pick rate and current meta before nerfing or buffing Legends. Similarly, they also take community feedback before making changes to the game.

In a recent Ask Me Anything or AMA session between the Apex devs and community, they talked about various Legends and their future in the game. Similarly, an Apex Legends player named u/Faq_Eddit asked a Respawn dev if Wraith would ever get a tweak.

In the reply, a Lead game designer of Apex Legends u/RV-Devan said, “Will there EVER be a wraith tweak? – Absolutely.” This reply created a glimpse of hope among the Wraith mains, who have been waiting for a Wraith buff for so long.

However, it’s not new for Respawn to make such claims regarding Legends. Respawn previously promised the community a Pathfinder Passive as well. However, Pathfinder is still fighting in the Outlands without having an actual Passive ability. So, whether Wraith will face the same fate as Pathfinder is still a question. 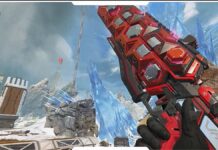