Arenas game mode is Respawn’s first attempt at taking Apex Legends’ gameplay loop into a completely new direction. In short, it is a new 3v3 style team deathmatch type mode where legends will have to buy loadouts using crafting material at the beginning of each round.

On top of that, players will be able to use the crafting materials to level up their current loadouts with better attachments. Also, airdrops will be available in each round for some quick powerups.

Unlike the base game, players won’t be able to respawn their teammates. For Arenas, Respawn reused maps from the current map pool as well as introduces some new ones. These maps are slightly tuned to suit the condensed 3v3 style gameplay.

How to win Arenas

The first team to get three consecutive wins will win the round. However, if your opponent is able to win at least two rounds, things get interesting. You’ll have to pull ahead by two full rounds to win. Going 3-2 or 4-3 won’t cut it.

Instead, you’ll have to go 4-2 or 5-3 to secure victory. Rounds will continue until one team pulls ahead by two rounds. If this continues all the way to the ninth round (by going 4-4) the game kicks into sudden death mode. Whoever wins round nine takes home all the glory.

You’ll be fighting in a mix of custom maps and existing BR locations from within Kings Canyon, World’s Edge, and Olympus. The design goal for custom maps is to emulate the tactics and strategies used in BR within a symmetrical, competitive space.

Arenas is first and foremost about proactive combat and that means creating spaces that give you plenty of room to analyze the other team, make meaningful choices, and utilize your Legend’s capabilities to come out on top. With the Legacy update, we’ll launch with two custom maps, with more coming in the future.

In addition to the two new maps, other areas from our three BR maps will be thrown into a bi-weekly rotation, giving you five maps total for Arenas. At the start, you’ll get Artillery from Kings Canyon, Thermal Station from World’s Edge, and Golden Gardens from Olympus. 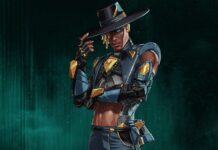 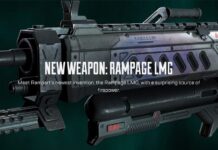 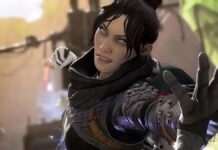 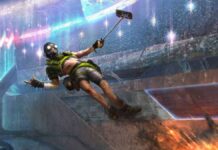