With the release of the next generation of video game consoles, both Sony and Microsoft went the extra mile to create a massive generational leap in performance.

For the first time ever video game consoles from both sides of the aisle can actually compete with a decent spec PC from 2020. In terms of next-gen upgrade, both console makers focused heavily on performance this time around. As a result, it is now actually feasible to enable a high refresh rate or performance mode in a console.

Read more: A major map exploit in Apex Legends compels a dev for a fix during Thanksgiving

Apex Legends can utilize the raw power of the next-gen hardware to potentially give players the option to enable a possible “120 fps” mode or a visual quality-focused mode that will let players play in 4k 60 FPS.

Whether or not Respawn will ever enable a high frame rate option in the settings menu for Apex Legends is still up in the air. Furthermore, Jason McCord who is the design director at Respawn Entertainment explained that they still haven’t decided on their approach with the next generation of video game consoles like the PS5 and Xbox Series X|S.

While previously there was a rumor that suggested Respawn might stick to a 4K 60 FPS mode for the new consoles, that claim was quickly dismissed by Jason. Later Jason clarified that Respawn still hasn’t officially revealed their intention with next-gen consoles.

Based upon the recent trend of introducing a high refresh rate option on the next-gen consoles, there is a good possibility that Respawn might include both performance and visual quality mode like many other titles in the genre.

A good example of such an implementation would be the new COD black ops cold war. Activision gave players the option to play in a rock-solid 120 fps mode with the power of next-gen hardware in the multiplayer mode only. Hopefully, Respawn can add both options to please a wide range of players. 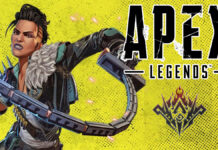