Riot has revealed all the teams that will be participating in the VALORANT Champions Tour 2023.

Only a few days passed since the VALORANT Champions ended. However, Riot Games has already revealed the list of partnered teams throughout the world. It seems like, Riot Games is partnering with 10 teams from 3 major regions, comprising 30 total teams.

All Franchised Teams in VCT 2023

In 2023, Riot Games is introducing three new VALORANT International Leagues with 10 partnered teams each, which will represent the premier level of competition in the VCT. So, without further ado, let’s see what are the 30 patterned teams that made it into the three different leagues:

“We believe VCT Americas will be an incredibly competitive league, with teams who not only develop rosters that can compete with anyone in the world but will also feature intense rivalries that will create must-watch matchups week in and week out. We were fortunate to have found such a strong group of teams who represent fans across North America, Brazil, and Latin America.

These organizations have a proven track record of achieving success within esports and building brands with deeply loyal fan bases. Within each region of origin, fans recognize these teams for the storylines they foster and their ability to bridge esports and the broader gaming culture.” Riot Games.

“EMEA is vast and wide and has an incredible FPS pedigree. We wanted a balance of teams whose reach spans the whole territory and those who hyper serve the biggest national audiences.

Across both of these groups, these organizations represent the best-in-class in fan engagement, competitive operations, and business acumen. Our goal is to build local rivalries which will draw audiences through high stakes matches while growing VALORANT fandom over the long term.” Riot Games.

“VCT Pacific is a showcase of organizations who represent the largest brands within the territory with not only hyper local fandom but also massive international appeal. The mix of teams was carefully chosen to ensure the vibrant mosaic of countries and regions within the Asia-Pacific was well-represented.

Each of these teams features strong leadership who instilled confidence they could both field championship-caliber teams by drawing on the best talent from every corner of the territory and elevate the VCT Pacific ecosystem with strong financial backing and robust commercial expansion.” Riot Games. 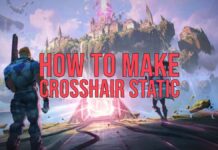