How long does it take to beat Xenoblade Chronicles 3? Let’s find out.

Xenoblade Chronicles 3, just like its predecessors, has won the hearts of gamers. Especially JRPG fans, through its great story, characters, and huge world. Likewise, Monolith’s newest saga to the Xeno franchise is one of their biggest games ever to release on the Nintendo Switch. Hence, set aside a good amount of free time if you’re seeking to enjoy this modern classic.

The game has you and your party traveling across various landscapes, fighting giant and dangerous enemies, and saving the world. There are a lot of gameplay mechanics to master, skills and classes to unlock and learn, and weapons to obtain. Furthermore, there are also various side quests to be enjoyed. So how long does it actually take to complete all these and beat Xenoblade Chronicles 3?

How Long To Beat The Main Story

Even though most JRPG games like Xenoblade and others are not always beginner friendly and remain mostly within a niche, hardcore community, the third entry to the Xenoblade saga is very welcoming for newcomers. In fact, many JRPG titles nowadays embrace the approachable style of gameplay to bring in more players. Big examples are Dragon Quest XII Echoes of an Elusive Age and Monster Hunter: World.

Even for the main quest, the game has a lot to offer. A total of seven chapters from the main story will take roughly 70 to 90 hours to complete.

Completing the opening sequence takes up to 10 hours. You will be exploring, grinding, unlocking new classes and skills, and trying out different equipment combinations to overcome tough fights, contributing to these high completion times. Moreover, the game heavily focuses on cutscenes, and trust us, there will be some long cutscenes in Xenoblade Chronicles 3 that explore the grand story.

All of these add up to the 70 to 90-hour playtime mark. Of course, the more relaxed you play, the longer it will take. And we suggest easing up while exploring the world of Aionios, discovering lore, and completing side quests to cherish the game to the fullest.

How Long To Beat Xenoblade Chronicles 3 With Side Quests

For a 100% completion, you can easily expect a playtime of around 200 hours or even more. The game has a lot to offer apart from its main quest-line, with its side quests and Hero Quests.

Side Quests are given by NPCs that task you with various activities, from small errands to large missions and hunts. Some side-quests have an engaging storyline that offers a different insight into the world and a change of pace as you play the game. Furthermore, you are rewarded for your services too. So they are a must-play experience.

Hero Quests are a special type of side quests that are lengthier and more challenging, and in return, completing them gives you awesome rewards such as unlocking new classes. And to enjoy the game to the fullest, you ought to make use of the game’s unique classes. So it takes up to 100 to 200 hours to beat Xenoblade Chronicles 3 with a few side quests here and there.

How Long To Beat Beat Xenoblade Chronicles 3 With 100% Completion

Additionally, if you’re seeking to explore every nook and cranny. That is unlocking every class, obtaining every item, and beating every unique monster (140 in total). It will take somewhere in the 200-hour mark. A 100% completion of Xenoblade Chronicles 2 required 250 hours, and since the third entry is a couple of times bigger in scale, don’t be surprised if it takes more than 250 hours. The game is still relatively new, and people are still playing and discovering new things.

Lastly, Xenoblade Chronicles 3 will have DLCs released in the future. Monolith has stated that the expanded story DLC will be larger than the 30-hour Torna the Golden Country of the last Xenoblade. Further adding into the hours.

So the final and total time required to beat Xenoblade Chronicles 3 can easily reach up to 300 hours. But we can assure you that you will be enjoying the whole time and the whole game. Or else you wouldn’t be investing so many hours in the first place. So get ready and set aside a long free time to enjoy this epic JRPG. 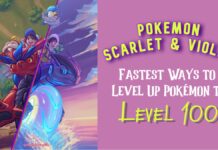