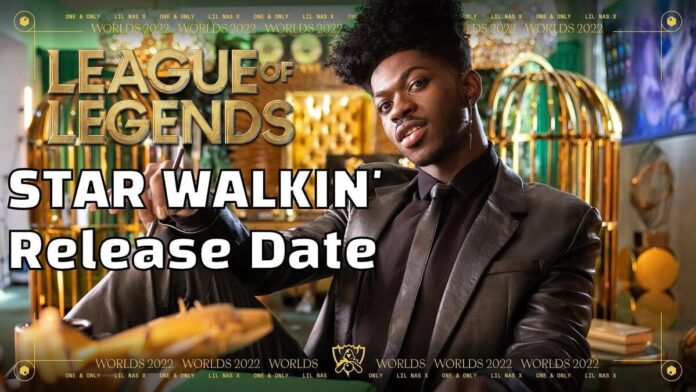 Riot has revealed the name and the release date of this year’s Worlds anthem.

Each year, to celebrate the Worlds event, Riot games collaborate with various artists around the world to create a song. This song is called the Worlds anthem and has become synonymous with the Worlds Championship. This year will not be different, as we will be getting this year’s Worlds anthem very soon.

As this year’s League of Legends World Championship 2022 will be held in North America, Riot will collaborate with American rapper and singer Lil Nas X.

Montero Lamar Hill, also known as Lil Nas X, is a famous American rapper and singer. He started his career in 2018 and has been one of the most influential artists of this generation. He rose to prominence by releasing his country rap single “Old Town Road.”

With a recent video posted to the official League of Legends Twitter account, Riot has given us a sneak peek at the new Worlds anthem. This year’s Worlds anthem is called STAR WALKIN’.

When will the Worlds 2022 song be released?

This year’s League of Legends Worlds anthem is scheduled to be released on September 23, just before the Worlds play-in stage. The song will come with its music video.

We currently do not have much information about this song. But from the sneak peek that Riot has provided, the piece will be similar to Riot’s previous Worlds theme style, a mix of Pop and Rock. If it is anything like the other Worlds’ songs, Star Walkin’ will be a banger. Unfortunately, we will have to wait until September 23 to see what Riot has in store.