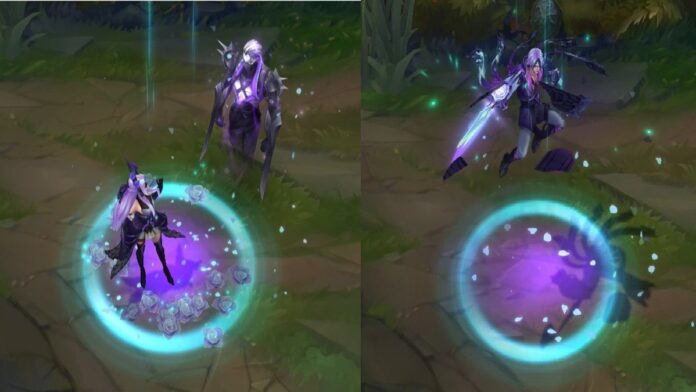 Riot reveals 2021 new Withered Rose skins for Syndra and Talon that are releasing in League of Legends patch 11.3.

In the Season 2021 Cinematic, Riot confirmed that in 2021 there also waking on the same path as 2020 where they will release more than 140 new skin in League of Legends. Riot has already started to drop multiple skin lines in one patch, Warden and Marauder were released in patch 11.1 whereas in patch 11.2 Riot released Ruined and Shan Hai skins.

Moreover, in celebration of the Lunar New Year, Riot also unveiled the 2nd set of Lunar skins featuring Lunar Beast skins Annie, Aphelios, Darius, Alistar, Jarvan IV, and Fiora where Fiora is getting the Prestige Edition skin for the event.

In addition to those, for the upcoming patch 11.3, Riot has also revealed new Withered Rose skins for Syndra and Talon while Swain and Zyra are getting the Crystal Rose skin line.