Popular VALORANT Twitch Streamer JasonR recently responded to the accusations against him regarding dodging female teammates in a Twitlonger post.

Since early 2018, JasonR has been facing allegations of avoiding or muting female teammates in online games. In February of 2022, a professional VALORANT player Annie Do claimed many women were facing the “Jason R effect”. JasonR would deliberately dodge the game if a female were in his team or mute them.

These accusations escalated when another popular VALORANT streamer, Tarik, recently confronted JasonR for his supposed misogynistic behavior. Tarik said, “There is undeniable, indisputable evidence that you clearly dodge queue vs girls”. He then added, “If I play with your then it seems like I support that behavior.”

JasonR then responds to Tarik by saying he was not a good friend and did not defend Jason against the original accusations. The back and forth conversation went on for almost an hour, and you can watch the full video below-

Fellow streamer QTCinderella responded to JasonR’s response about these allegations and sarcastically said,

Below the Tweet, she added a screenshot of JassonR liking explicit photos of a popular Fitness model Eva Andressa.

On March 28th, JasonR released a Twitlonger response titled “Taking Accountability”. He apparently dodges female teammates out of respect for his wife. In the post, he said,

“I was avoiding certain online situations out of respect to my wife, Stephanie. When I was younger I was not a good person to her – and I take accountability for my actions that lead us to this place. I was trying to avoid potentially toxic situations not wanting her to be put through drama. I will no longer be avoiding these online situations and I am sorry that my intentions were misconstrued by my actions. There are so many lies about me out there, lies about Steph, who doesn’t deserve this. There are people making false allegations off of out of context information. I wish nothing but peace and love for people and ask for a touch of understanding. 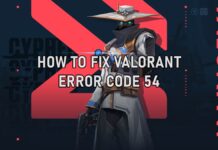