Riot Games has already teased us with all the changes they have in store for the upcoming VALORANT patch 4.08.

VALORANT Public Environment or more commonly known as VALORANT PBE is a game testing platform where a few selected players can test new contents that are in development by Riot Games.

Players can sign up for this PBE system by going to Valorant’s PBE webpage. However, players need to be from NA and have a very clean record without any prior bans or restrictions to become a part of it. Even after that, recruitment of the players for PBE is not guaranteed.

The players who get eligible for PBE gets to experience what’s been cooking in the game. PBE players get to test many new upcoming features such as Agent’s abilities, map changes, bug fixes, and much more. Some of the tested features do not even make it into the officially released patches by Riot Games.

We have already received a glimpse of what to expect in the 4.08 PBE, and it seems like there aren’t going to be big changes in the upcoming patches except for some minor Agent-related changes and bug fixes.

When will the PBE end?

With the upcoming Agent Fade and many other changes in mind, VALORANT started its first phase of PBE for the 4.08 patch on April 15, 2022. The PBE is still ongoing, and it is scheduled to close at 11 am PDT Monday, Apr. 18.

Will there be other changes? 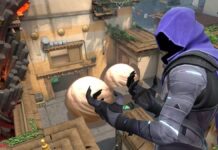