Jasmine Vo or more commonly known online as imjasmine is an IRL Twitch streamer. She is also very active on Instagram and YouTube. Usually, she can be found under the Just Chatting section on Twitch with an average of 2k viewers. imjasmine can be seen streaming about her daily life and adventures.

Currently, she has over 190,000 followers on Twitch. During her streaming career, she had several occurrences. The most notable one is probably the one where she was groped during a Livestreaming by a creepy guy who had been following her. If you want to read the full story of that incident then there is an article by VICE.

Recently imjasmine has jumped on the Twitch hot tub meta by streaming herself while in a hot tub. But during her recent hot tub stream, she had an unfortunate nip slip.

The Twitter bot that keeps track of streamer bans recently shared the news of imjasmine’s ban from Twitch. This is her first ban on the biggest streaming platform.

imjasmine was recently streaming her hot tub adventures on Twitch wearing a very skimpy bikini. Then suddenly she fell victim to a wardrobe malfunction. The resulting nip slip got her flustered and she quickly tried recovering from it. For obvious reasons, we cannot share the clip of the nip slip.

Soon after the incident imjasmine was banned from Twitch.

After the ban imjasmine made a response letting us know about the duration of the ban. According to her, the ban duration is one day. She said, “Welp, got banned for a day by twitch. See you all soon”.

Read More: xQc Receives a 30 Day Ban from NoPixel GTA V RP Server and said, “I told them I’m not coming back” 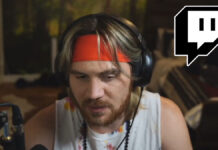 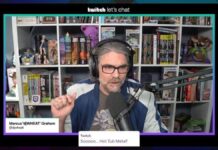 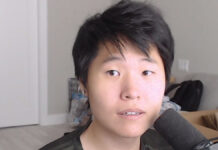