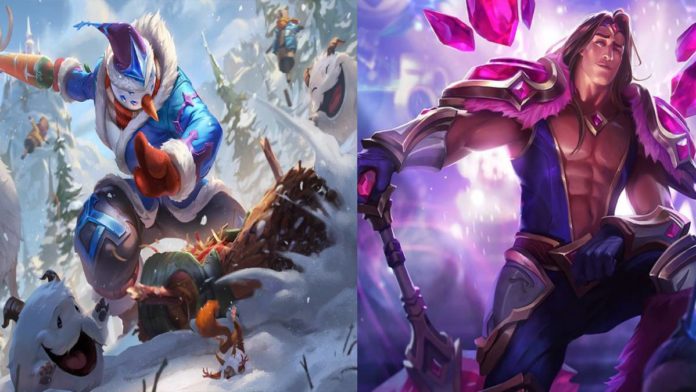 The funneling strategy is still strong in the season 10 even after the jungle item changes as Taric mid with Master Yi in the Jungle has a 65% win rate.

The funneling strategy was one of the worst meta that League of Legends has ever encountered. The strategy started in patch 8.11 with Taric mid and Master Yi in the jungle. The strategy eventually evolved as both high elo and Pro players started to abuse it. As a result, Riot nerfed the strategy by reducing gold from lane minions if you have a T1 or T2 jungle item and have the most gold on your team in the patch 8.14.

Funneling nerf in the patch 8.14 did hit hard as we did not see any funneling in the pro plays anymore nor in the high elo. Until now in season 10, where it is going back strong as Taric mid with Master Yi Jungle has over 65% win rate.

According to lolalytics, Master Yi’s jungle synergy with Taric mid has a 65.93% win rate and the win rate is based on over 6100+ games. The stats clearly show the strategy that was started in patch 8.11 is coming back in season 10 even after the jungle item changes.

Redditor NotSilencee recently posted on the League of Legends subreddit that, he reached Master on EUW server with a 97% win rate abusing Master Yi jungle and Taric mid lane. He also reached Challenger in EUW, EUNE and Turkey server with a 90%+ win rate using the same strategy.

Taric is ranked as S tier according to both lolalytics and op.gg. The strategy remained the same as before where you freeze your wave and try to give Master Yi as much minions and gold as possible.

Skill order for Taric mid is Q>W>E which has a 72% win rate. For the summoner spells you take Heal and Exhaust.

For Item building, three core items are Ionian Boots of Lucidity>Zeke’s Convergence>Knight’s Vow and this build order has a massive 82% win rate. And for the primary rune page, Taric takes Guardian and for secondary you take Domination.

Master Yi’s jungle is the same as before and the only difference is in this strategy you take mid lane minions as well and try to get as much gold as possible. And in the team fights utilize the Taric’s ultimate efficiently.