TF Blade is banned in Korea for toxic chatting 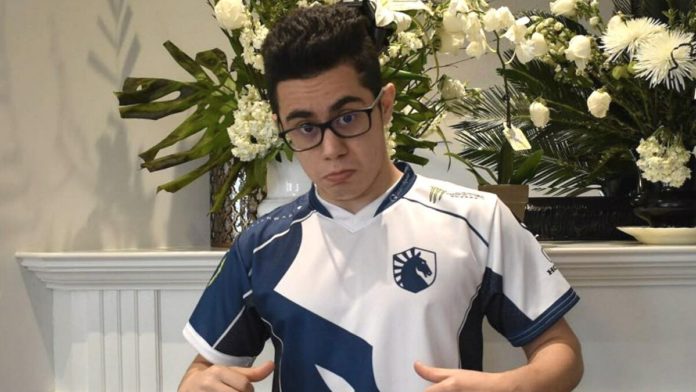 TF Blade was given a Riot account for his journey to Rank 1 in Korea. And since yesterday he was unable to log in into his account. After contacting Riot Korea about why he can not log in, Riot Korea sent him a mail notifying him that he is banned from the Korean server for toxic chatting.

To defend his ban Riot Korea sent him a chat log in order to show him why he is banned and the reason is, he was verbally abusing a player in-game and he was using swearing words.

Riot Korea is strict about abusing and racism in-game and they become more strict when someone is using a Riot account. TF Blade is also known for his toxic behavior, and he was also banned from the Turkey server because of toxic chatting.

During his climb in Korea, he was constantly spam pinging his teammates and calling them bad. And in Korea people get offended by someone calling them bad in English. There were speculations in the Korean community that he will get banned as he was typing too much and calling other players to speak in English.

If he was using a normal account he would have gotten a 14-day suspension but as he was using a Riot account, he is banned for his first few cases of abuse. Not to mention he was chat restricted as well.

League of Legends pro player Rush made some good points regarding TF Blade’s ban. He said, “Riot Korea has a different standard and has a separate control. Riot accounts are under special watch, it is not about targetting TF Blade”. He also said, “TF Blade has done a lot of negative behaviors, he deserves suspension instead of a ban. But the ban is understandable as he was playing on a Riot account.” He also mentioned, “People feel much more harassed from his English than what he expected.”

Before getting the ban TF Blade reached challenger 644lp and was ranked 137. His journey to rank 1 would have been possible if he was not toxic towards his teammates.