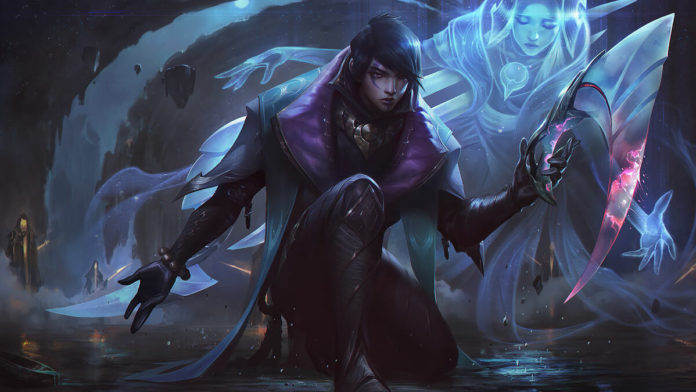 Riot Games is planning to rebalance the ADC meta in patch 10.8 by buffing weak ADCs while nerfing meta ADCs in patch 10.8.

League of Legends lead gameplay designer Mark Yetter tweeted today that, they are “Rebalancing the ADC meta“. Three ADCs: Ashe, Tristana, and Xayah are getting buffs while the other four ADCs including Aphelios, Senna, Varus, and Kalista are receiving nerfs in patch 10.8.

Ashe has been having a stable win rate for a couple of patches now. She currently has a 51% win rate with an 8.90% pick rate.

Xayah is definitely not having fun with the current meta. She only has a 47.62% win rate which is second-lowest for any ADCs. She also has only a 2.86% pick rate. Based on the win rate and pick rate she clearly needed some buffs.

Tristana currently has the lowest win rate among any other ADCs in the game according to op.gg. She is currently sitting with just a 46.53% win rate and a 1.79% pick rate. And based on Riot’s new meta measurements she was in need of this buff the most.

With the upcoming nerf in patch 10.8, Aphelios has now been nerfed in six patches out of eight since his release in patch 9.24. No matter how many times Riot decided to nerf Aphelios, he comes back into meta as strong as ever. He still has a 26% ban rate in patch 10.7, despite being nerfed five times already. His win rate perhaps not that high as he currently only has a 49.39% win rate but he a massive 14.58% pick rate in patch 10.7.

Although Senna is suppose to be a support champion, a lot of players including pro players are playing Senna as an ADC. ADC Senna has already received two nerfs in patch 10.3 and 10.6. And in patch 10.8, Riot is again planning to nerf ADC Senna once again.

Kalista is another meta pick, and a lot of players are playing her in the Top lane as well. Although her Top lane win rate is not that impressive, TheShy and other pro top laners are getting success with her. With peeling support like Tahm Kench, she is one of the hardest champions to kill.

Around seven ADCs are getting balanced in patch 10.8. And Ezreal is being the only meta ADC that is not going to be touched by Riot in patch 10.8.

Disclaimer: All the changes are currently on PBE testing and Mart Yetter said they are pretty much confirmed for live servers. But, in this testing period, some adjustments may change when they go in live servers in patch 10.8.