After a short break, Rainbow Six Siege Esports is returning to action on June 14th.

In May, the Siege community got to experience the first International LAN since 2020. The Six Charlotte Major was a great success, and the NA crowd witnessed DarkZero Esports lift the Major trophy.

But now, the journey continues as Stage 2 of the regional league restarts with NAL on June 14, followed soon by the other regions. This Stage will be vital for all the teams, as they will look to reach the top of their respectable table, so they can qualify for the August Major and earn those crucial Six Invitational points.

As announced before, Ubisoft has removed the Operator Grace Period, which means the fans won’t have to wait a season to see the new operator in pro-play. Therefore, this season both Azami and Sens will be allowed to be played, making it more exciting for the viewers.

Find the schedule below:

(NAL and LATAM league schedule has not been revealed yet)

Watch all the matches live at twitch.tv/Rainbow6 or YouTube. 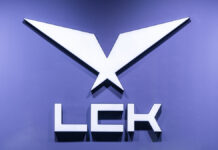