Ubisoft has released a new bundle in the Rainbow Six Siege in-game store and it is called the “Frosty Bundle”, which includes cosmetic items for Gridlock.

As stated by Ubisoft, the ‘Frosty Bundle’ contains:

The white uniform and headgear does look quite clean; however, the ‘Bitter Steel’ weapon skins are nothing to write home about. Check out how the weapon skins look in-game below:

Some people might have a hard time seeing a snowy bundle for an Australian operator; however, snowfall does occur in some parts of Australia.

You can “Unfreeze the Frosty Bundle for Gridlock” with 50,000 renown or 1200 R6 Credits. However, do keep in mind that you won’t be able to dual wield an LMG and an AR, as shown in the picture above.

Ubisoft recently released the Resident Evil Jill Valentine Elite skin for Zofia, and reportedly, another Resident Evil crossover skin might happen soon. That is not all, Ubisoft also teased a Rick and Morty crossover content, which is supposed to release sometime in Year 6. So stay tuned for the latest updates. 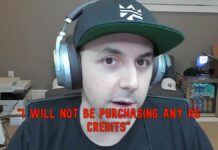 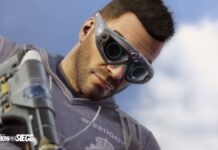 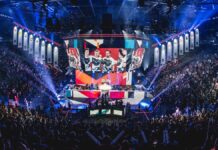