The Worlds Finals kicks off on Saturday, and we preview the grand finals between DAMWON KIA and EDward Gaming.

It has been a rollercoaster of a tournament thus far with FPX going out in the groups and a ton of other great games. At the end, DAMWON KIA and EDward Gaming reach the finals and await to face each other. With that said, let’s preview the series and determine who is going to win the biggest tournament of the calendar year for League of Legends.

For this preview, we will take a bit of a different approach and talk about each of the lanes and other aspects separately.

For the top lane matchup, we are going to see two of the best performing top laners in Worlds 2021 facing off each other. Khan and Flandre has had a great tournament thus far with Khan playing like possibly the best top laner in the tournament. Although he did not look the same in the semifinal, he is still a very strong player. DK does a good job of helping out top side as well so that helps out Khan a lot.

For EDG, Flandre is pretty much the weak side king in Worlds 2021. He has been left alone by EDG for a lot of the times, and it’s been mostly on his Graves. He pretty much holds his own in lane and hardly even loses it badly. Furthermore, he has been the most consistent player on EDG thus far.

Both the top laners could not be any more different stylistically. Their champion pool mirrors that thus far with Flandre playing a lot of Graves. Khan has played Graves, but he will opt for the carries if he needs to. This top lane could decide a lot about the game. DK loves to put resources in the top lane while EDG really does not do that. So this lane could determine the early game for each matches in the series.

The jungle matchup in this series is one of the two most important aspects of this series. Canyon has been the best jungler in the tournament for the most part. Although he did not have the best of series against T1, he is still the jungler that every team has a problem facing. On the other hand, Jiejie has been having the tournament of his life, playing the best we have seen him play. He has really stepped up at Worlds, and it has allowed EDG to flourish.

The thing about Canyon is that it’s pretty hard to track him with his unusual jungle pathing at times. Often, he basically changes his pathing during games which makes it extremely hard to track. That is a challenge that EDG will have to tackle in the series tomorrow.

Scout vs ShowMaker is a hype matchup going into the series. Both mid laners are the two of the best players if not the best players on their team. ShowMaker has proven in the last series of how good he is as he pulled DK out of a bind when they needed him to. The same can be said about Scout. Both mid laners step up when the team needs them to and this will be a fun lane to watch.

In terms of champion pool, ShowMaker has relied more on champions that can get a push in a lane and can roam. He has played the likes of Leblanc and Twisted Fate multiple times along with games on Syndra. Scout on the other hand has relied on his Ryze for a fair bit, but he has played multiple other champions in the different occasions.

Both mid laners are extremely versatile but Scout’s pool would probably be bigger as the team does not need him to carry all the time. Whereas for ShowMaker, he has to be at his best for DK to absolutely win it. This is going to be an exciting lane to watch for the entire series.

This is where the disparity lies between both the teams. While Ghost and Beryl has played well for most of the tournament, the series against T1 really showed the issues of their laning pop up. Whereas, Viper and Meiko were tremendous in lane and barring Viper’s positioning at times, he was solid. This matchup is heavily favored for EDG for that reason.

Ghost is extremely limited when it comes to champions he can play. He has been reliant on his Jhin for the most part, and it is a formula DK has opted to multiple times. Without his select few champions, he struggles to be consistent in games. For Viper, anything works it seems. While his strange positioning is a problem, he is shown how good he is on multiple champions.

Beryl is a huge roaming threat as he does like to roam a lot. His Maokai pick was surprising given what DK wanted to do so EDG will be prepared for that. On the other hand, Meiko has been played a good number of enchanters. While he is good on them, Meiko on engage supports takes it to a whole new level. Game 5 against Gen.G is recent proof of that. This lane could end up deciding the later stages of the game as Viper/Meiko being ahead could mean EDG edging in fights later on.

Looking at the teams as a whole, DK is a very top side focused team while EDG does not focus a lane in particular. Even then, EDG is not the team to put a lot of resources in top lane given how consistent Flandre is. For DK, the plan is simple, get the priority in mid lane, roam to top and get Khan ahead.

Similarly, EDG will want to do the same and roam bot lane instead. This series can turn into a situation of which team gets a lead in the strong side. Undoubtedly, DK has the best top side of the rift but the same can be said about EDG for the bot side of the rift. Both teams are not extremely aggressive in the early game but DK does make their moves in top lane for dives. Teamfighting wise, both team are excellent at it and are exceptional at setting up objectives.

There is not a lot to separate from the two teams as at their peaks, they are both very formidable teams.

Given both teams play at their peak, this series will be slightly DK favored. DK has played better in the tournament thus far barring their mishaps against T1. This series could very well go into 5 games or end in 3 games. It will depend a lot on how the pace of the games go and who gets the first setups in objectives (dragons or heralds).

For us, it will be 3-1 DK, but it could go either way or any number of games for that matter.

The series has the potential to be one of the best finals we have seen in the recent years. With the no.1 seed from Korea and China facing off each other, we are in for a showdown. Hopefully, the games will live up to the tournament we have had thus far, and maybe we will get a new champion or the another dynasty in our hands. Worlds Finals will kick off tomorrow (Saturday) at 12 pm GMT+0. 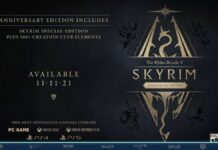 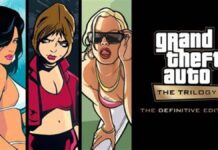 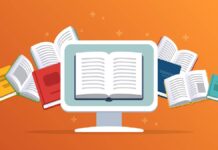 All new games releasing in September 2021