Pokemon Scarlet and Violet: How to Fix Performance Issues

There is indeed a fix for the performance issues that Pokemon Scarlet and Violet is giving us off.

Being the biggest release of 2022 for Nintendo Switch, Pokemon Scarlet and Violet couldn’t get a hold of their performance. And that to say, one of the most ambitious releases has quite failed to live up to that expectation. Moreover, it is quite obvious that a world like Pokemon has to be complex. However, it seems Nintendo couldn’t hold up to the potential of this project.

With that being said, there are a couple of reasons behind this fall. Amidst all issues, the performance is the one that is queued up at the very beginning. And just after the release, Metacritic didn’t hesitate to put this new installment of Pokemon at the second lowest point in this franchise’s history. Let’s get into the depth of this.

Read More: Does Kratos Die in God of War Ragnarok?

What are the Performance Issues in Pokemon Scarlet and Violet

Multiple reports suggested that the graphical issues are due to a memory leak, a more or less hardware issue. And talking about hardware issues, the outdated hardware of Nintendo should give any game a tough time to deal with.

Other than the graphics, we can also come across the laggings in frame rates. On top of that, NPCs tend to come out from nowhere, which means they will remain invisible until or unless the distance between you two is very close. These issues are enough to take a leap of faith; however, there is no haystack down there to catch its fall.

How to Fix It

Performance issues will always be one of the unsung problems in consoles. However, we have some Power Moves to counter. Let’s check out these:

Restart the Game: Start by saving your progress. Then close the program and then restart the game. It will clear up the cache. Moreover, the memory leak issue can be solved partially in this way.

The issues should be gone by now. However, there is a high chance that it will occur again at some point. You will need to redo the process, and you will be good to go.

Try the Handheld Mode: In Handheld mode, Pokemon Scarlet and Violet run in 720p. Needless to say, the framerate should catch up by now if the resolution drops down. The in-game mechanics will do the rest of the job.

Check out for Announcements: I would suggest checking the official Twitter accounts for any kind of updates and announcements. There should be a patch update pretty soon—as these power moves are just some temporary solutions.

Check out our other guides on God Of War Ragnarok, CoD Modern Warfare 2, Roblox, and many more! 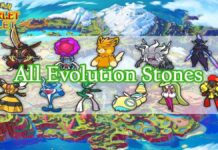 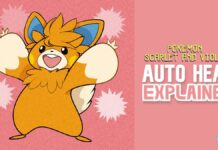