One of the most controversial features of multiple Call of Duty titles, skill-based matchmaking (SBMM) is already on the Black Ops Cold War Alpha, and players are not enjoying it at all.

Skill-based matchmaking or in other words SBMM has been in the center of debut and controversy for several titles. The concept behind the SBMM in multiplayer games is great, but in reality, it is quite the opposite and one of the most criticized features of all time.

Although Activision already has a great history with SBMM, apparently it seems like they have already implemented it in their newest title Black Ops Cold War which is in the Alpha stage. The outrage from the players emerged on September 18 and everyone was criticizing how bad SBMM tuning is for CoD. Furthermore, on one point SBMM was also trending on Twitter.

A lot of players are saying that the first few games on Black Ops Cold War Alpha are fun and enjoyable. However, after playing for a couple of games they started to realize that they were getting hit by SBMM, and the quality of matches dropped significantly.

On Reddit, a lot of players are upset with the introduction of SBMM in Black Ops Cold War Alpha. Although the game is only out for a few hours a lot of players feel they are playing in a competitive game rather than playing it for fun. Furthermore, some of them have also said that they are not going to buy the game if it continues.

A lot of players are even comparing it with the SBMM in Modern Warfare and some are saying that they believe Activision has “upped the intensity of the SBMM” in Black Ops Cold War Alpha.

Additionally, many pro players are also raising their voices as well. CoD legend Scump stated, “The SBMM in Cold War is nuts.”

CoD World Champion Attach also said on Twitter that “SBMM doesn’t belong in CoD.” Moreover, he also stated, “Just give us a good Ranked Playlist instead.”

FaZe Bloo also weighed in saying “it makes no sense to me that we’re PUNISHED for being GOOD.”

At the time when the whole community is furious with SBMM, Treyarch’s Director of Technology Martin Donlon has shared his perspective of SBMM in the Black Ops Cold War. When a Twitter user shared his opinion saying he doesn’t want to repeat the same extreme SBMM of Modern Warfare on Black Ops Cold War, Martin Donlon replied saying “Perfectly valid viewpoint to have.”

“SBMM is one of many many tuneable parameters in a matchmaking system,” he further said about the SBMM. “It’s funny watching people talk about it like its a big switch that can only be turned on or off.”

Activision however is yet to make any official announcement regarding the issue. But, in order to solve the problem, players are suggesting to implement SBMM only in the ranked playlists.

Call of Duty: Modern Warfare 2 Multiplayer: Everything We Know So... 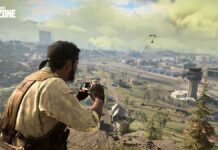 When is Call of Duty Warzone Season 5 Coming Out? Everything...