Persona 4 Golden: All Trophies and Achievements

Keep reading to learn about all the PlayStation trophies and Xbox Achievements you can unlock for Persona 4 Golden.

Persona 4 Golden is the definitive edition of Atlus’s Persona 4, introducing a brand new character and storyline that further enriches the game’s already-amazing lore. Although many new-gen Persona fans started off their journey with Persona 5/ Persona 5 Royal, Persona 4 Golden remains a classic among more seasoned fans due to its amazing cast, refreshing coming-of-age story, and smooth turn-based combat.

And now is the perfect time to experience this amazing journey, thanks to Atlus releasing Persona 4 Golden to modern videogame platforms like the PlayStation 4, PlayStation 5, Xbox One, Xbox Series X|S, and Nintendo Switch.

Persona 4 Golden takes place in the peaceful rural town of Inaba. The story starts off with our protagonist (Yu Narukami) moving to Inaba to stay with his maternal uncle and cousin for a year while his parents are away for work. There, he enrolls in Yasogami High School and quickly becomes friends with charismatic characters like Chie Satonaka, Yosuke Hanamura, and Yukiko Amagi.

Your new friends speak of a rumor going around town, that if you turn on your TV at midnight on a rainy day, your fated partner will appear. However, a series of strange murders start happening around Inaba, and you soon learn that the people who are appearing on the Midnight Channel are the victims.

Seeing that the police are struggling with the investigation, you are forced to take matters into your own hands when your friend Yukiko goes missing and appears on the Midnight Channel like the recent victims.

Once you discover the ability to enter the TV world and awaken your Persona, you and your friends rescue Yukiko and decide to form an investigation team to save future victims and find the truth about the culprit’s identity.

Persona games are popular for offering a unique blend of daily life activities and dungeon crawling. And Persona 4 Golden set the gold standard for what to expect from future Persona games.

In addition to exploring the TV world, you can take various part-time jobs, hang out with friends and strengthen your bonds, join various school clubs, catch bugs, go fishing, plant vegetables with Nanako, dine at Aiya, and the best yet – take your scooter out for a ride to visit places outside of Inaba!

And sure enough, there are various PlayStation trophies and Xbox Achievements tied to all of those activities. If you are a die-hard Persona fan or a completionist looking forward to obtaining that 100% completion status, then we’ve got you covered!

All Trophies and Achievements in Persona 4 Golden

Below are all the PlayStation trophies and Xbox Achievements you can unlock in Persona 4 Golden.

All PlayStation Trophies for Persona 4 Golden

All Xbox Achievements for Persona 4 Golden 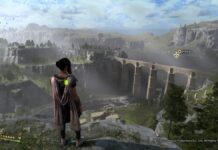 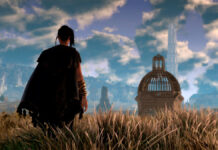 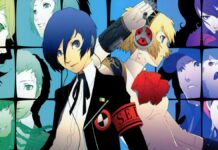