Persona 3 Portable: All Trophies and Achievements

Keep reading to learn about all the PlayStation trophies and Xbox Achievements you can unlock for Persona 3 Portable.

Persona 3 not only reinvented the Persona franchise but revolutionized JRPGs as a whole. That’s due to its introduction of a balanced gameplay that emphasizes both school life and dungeon crawling. And Persona 3 Portable added great new additions to an already fantastic game.

The story starts off with your protagonist returning to his/her hometown of Tatsumi Port Island ten years after the death of their parents. That’s right; in Persona 3 Portable, you can choose to play the story using either the original male protagonist (Makoto Yuki) or a newly introduced female protagonist (Kotone Shiomi).

Shortly after enrolling in Gekkoukan High School and moving into Iwatodai Dormitory, the protagonist gets attacked by Shadows during the strange phenomenon called “Dark Hour” and awakens their Persona.

From then, the protagonist becomes a member of a secret organization called SEES (Special Extracurricular Execution Squad), which consists of a group of Persona users who investigate Tartarus to learn more about the Dark Hour.

The list of things you can do in a Persona game is always exponentially long, and the same applies to Persona 3 Portable. You can spend your time hanging out with your friends and deepening your bond, improving your Social Stats, or exploring the looming tower of Tartarus. Moreover, you can also fuse multiple Personas to create new, stronger ones.

Not only are both aspects of the game immensely fulfilling, but there are also trophies and achievements tied to all of these activities. So, if you are a die-hard Persona fan or a completionist looking forward to getting a Platinum trophy, then we’ve got you covered.

All Trophies and Achievements in Persona 3 Portable

Below are all the PlayStation trophies and Xbox Achievements you can unlock in Persona 3 Portable.

All PlayStation Trophies for Persona 3 Portable

All Xbox Achievements for Persona 3 Portable

Persona 3 Portable is all set to be released on January 19, 2023, for the PlayStation 4, PlayStation 5 (Backward compatibility), Xbox One, Xbox Series X|S, Nintendo Switch, and PC. 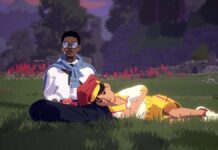 Season: A Letter to the Future – All Trophies on PS4... 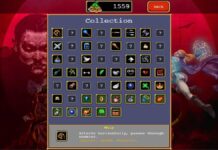