Ludwig Begins his Subathon 2.0 Enclosed in a 12ftx12ft Glass Box

Ludwig Anders Ahgren is an American Twitch variety streamer. He usually streams games on his streams with occasional sprinkles of non-game-related content such as game shows, contests, and gambling. He also worked as an Esports commentator at various Super Smash Bros Melee tournaments. Since joining Twitch as a streamer, Ludwig has become one of the biggest channels on the site.

Back in March of 2021, Ludwig hosted a Subathon Livestream spanning over 31 days. He would extend his Livestream by 30 seconds for each viewer that subscribed. During this time, Ludwig was always online, and everyone saw him eating, sleeping, and bathing or going on about his daily life. At the end of the subathon, Ludwig became the biggest subscribed channel on Twitch.

After the massive success of his first subathon, Ludwig is ready for his 2nd subathon to begin. This time Ludwig enclosed himself in a 12ftx12ft glass box at the 2022 Dreamhacks Atlanta.

As previously mentioned, Ludwig has started his Subathon 2.0 enclosed in a glass box. The box is basically a small glass room complete with furniture and a streaming setup. Ludwig plans to survive 50 hours in this glass box, and that will be the end of his Subathon 2.0.

At the time of writing this article, Ludwig is only a few hours through his Subathon 2.0. There are still more than 44 hours left until his Subathon ends. You can watch Subathon 2.0 live on Ludwig’s YouTube channel.

Be sure to keep an eye on our website for any new updates regarding Ludwigs Subathon 2.0. 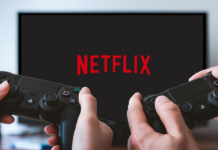