One of the most divisive personalities of League of Legends, LS, has stepped back into the coaching ring with Cloud9

It was being rumored for a while that LS will be the coach for Cloud9 for 2022. He has very good relations with players and coaches in that team, and it finally came true a few hours ago. Known for his very divisive comments regarding how to play the game, LS has created quite a following. Whether it be through his time casting the LCK or co-streaming the different leagues. With that said, let’s talk about the move and whether it is a good step in the right direction for Cloud9.

LS has a very different way of looking at the game judging based on how he speaks about the game and what not. While it is great to see that from someone making their own philosophy, it is certainly not for everyone. His views will definitely help players to improve based on how he sees the game and his preaching of optimization of item builds.

One thing you can say for sure, this team is not going to be under coached. Many of the Cloud9 players will be either Korean or people who have interacted with LS before. LS will definitely have the pulse of the team, and he will definitely help them in ways of how he sees the game.

However, that can also cause friction when things aren’t going right. While LS does have a unique mind for the game, his philosophy is very weird for the general populace. His tier lists are a very good example of that, very niche and such. He has priorities over certain champions that most people would not touch in many regards. Thus, his philosophy could be a problem in some cases, but it should generally be okay.

What Has To Happen For Cloud9 And LS To Succeed?

The pairing will succeed if they can reach a sort of compromise. If LS dials down on his philosophy and focuses on the parts he is excellent at, strategizing and itemization, this team can be very strong in the LCS. They definitely went out and got some players to strengthen the team with a lot of potential down the line.

For players, it’s about being receptive to what LS says. Embracing a different style of play given you have played a different way for a lot of their careers is something they will have to adjust to. From the player’s perspective, it should be fine given the personnel there.

However, as said earlier, this is all about finding the middle ground, and we believe that the people in that team are capable of doing that, including LS. Thus, for us, it is a good hire and Cloud9 will be a team to watch in LCS 2022. 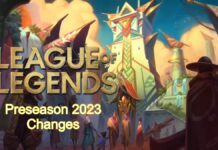